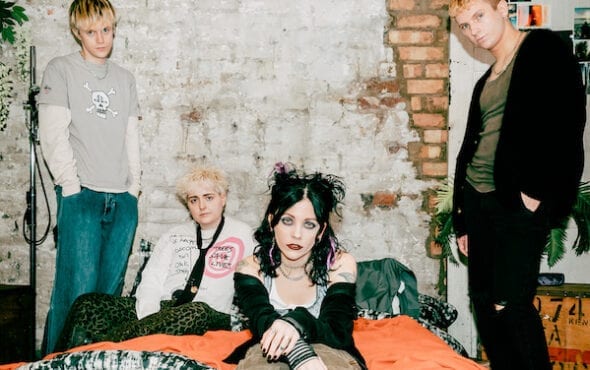 With Who Am I? coming out this Friday (February 12), Pale Waves have released their final single before the big release day.

The track Fall To Pieces follows the band’s previous release You Don’t Own Me, which Heather dedicated to women around the world. The said the song is about “how society depicts, judges and criticises women on a daily basis.”

“Fall To Pieces is about going through that constant cycle of arguing and then making up. It can be hard to break that pattern – sometimes you wonder if you ever will.”

Fall To Pieces was premiered on as Annie Mac on BBC Radio 1 as the Hottest Record in The World and was well received by fans.

fall to pieces really is the hottest record

Who Am I? “acts as the Pale Waves manifesto” delving into topics of self-acceptance, inclusivity, and finding confidence in yourself.

Summarising the record, Heather hopes the band’s music helps “people not to feel so alone and isolated. I want to be that person my fans look up to and find comfort in”.

Who Am I? will be available to stream and buy this Friday, February 12, via Dirty Hit.

Related: Pale Waves are ready to show the world who they truly are