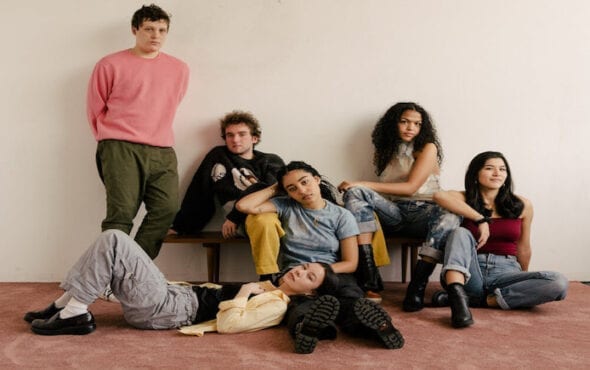 MICHELLE are a sextet to watch out for. A rising wave up of upcoming talent, this NYC ragtag crew may be finding their feet, but they’re quickly carving out a name for themselves.

Blending synth-pop, R&B, and clean, soothing vocals, MICHELLE are setting their own tone. In their latest track, FYO, the group reveal more about themselves.

The new single powerfully recounts the four lead singers’ experiences growing up with mixed-race identities. The diversity of MICHELLE is not missed and their queerness isn’t either.

Speaking on the message behind the song, vocalist and singer Jamee Lockard open up about the message in the music: “FYO is about belonging to different worlds but feeling rejected by both. Growing up as a mixed-race minority in the US, my self-concept was warped by other people telling me what I am and am not, pushing and pulling me between identities.

“Although my feelings of cultural dissonance still ebb and flow, now I have the vocabulary, support system, and perspective to unpack that inner conflict on my own terms.

“We should never give others the authority to define who we are.”

The new single has been realised alongside a music video directed by the band’s own Layla Ku and Emma Lee.

You can watch the official music video for FYO here or below: