MICHELLE and CHAI team up in bilingual remix of FYO 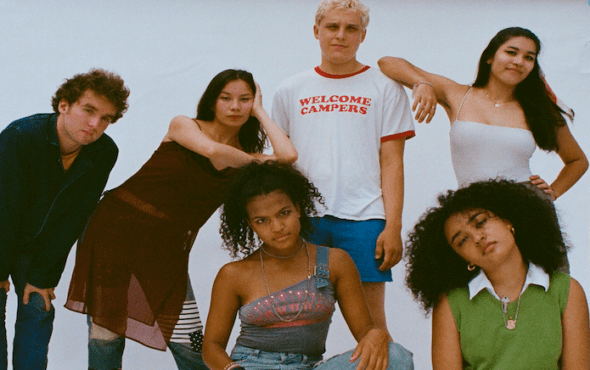 MICHELLE have teamed up with Japanese group CHAI offering a fresh remix for their single FYO.

MICHELLE are back at it again. A rising wave of up of coming talent, the New York natives have released a crossover with Japanese rockers CHAI.

The original version of FYO was released earlier this year and the song powerfully recounts the four lead singers’ experiences growing up with mixed-race identities.

Speaking on the collaboration, MICHELLE credits the Japanese quartet for breathing “new life” into their lead single.

“CHAI’s rework of FYO breathes new life and sound into what it means to grow up in a certain state of limbo,” MICHELLE say.

“To connect audiences and languages across the world in this way, to this particular track, means a lot to us as a band and we hope for our listeners too.”

“We can’t get enough of the romantic and nostalgic sounds of MICHELLE! They are like all we listened to this year!”

Japanese out CHAI shared the enthusiasm for the funky crossover: “MICHELLE’s amazing vibes are what’s most striking and we love it! They possess something that we don’t and that’s what we admire most,” the band said in a statement.

Speaking on the message behind the song, vocalist and singer Jamee Lockard open up about the message in the music.

“FYO is about belonging to different worlds but feeling rejected by both. Growing up as a mixed-race minority in the US, my self-concept was warped by other people telling me what I am and am not, pushing and pulling me between identities.

“Although my feelings of cultural dissonance still ebb and flow, now I have the vocabulary, support system, and perspective to unpack that inner conflict on my own terms.

“We should never give others the authority to define who we are.”

You can watch the music video for the FYO remix, featuring both MICHELLE and FYO, here or below.