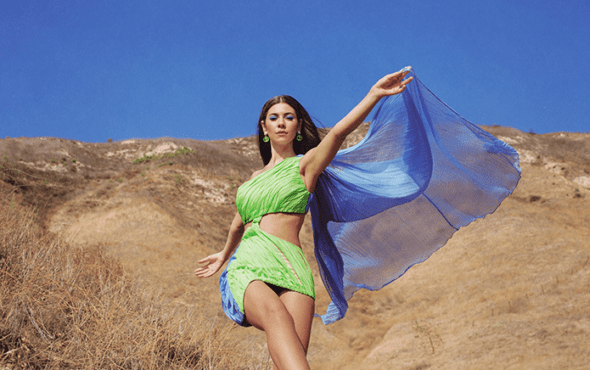 MARINA has made her graceful return!

The single, which was solely written by MARINA, dives into the struggles, roadblocks, and challenges that women, and the LGBTQ+ community face.

After promising to release new music alongside female creators last year, the songstress has kept up with her promise and delivered the first taste of what’s to come.

The new song is filled with fantastic female talent, from Grammy Award-nominee Jenn Decilveo hopping on as a producer to Emily Lazar engineering the track, who also is the first-ever female Grammy Winner for “Best Engineered Album, Non-Classical”.

The beautiful female representation continued for MARINA’s accompanying video, which was brought to life by an all-female creative team and shot by filmmaker/photographers Alexandra Gavillet and Coughs.

To make this new era even better the singer-songwriter announced, via her Instagram, that she would be releasing a magazine called MARINAZINE.

“A beautiful physical zine that will accompany each single release. Submit your essays, artwork, photography, poetry or any other form of expression based on “Man’s World” for the chance to be featured in the first issue.⁣ Submissions at https://marinaofficial.co.uk/marinazine⁣,” she says.

With so much oppression going on in the world MARINA and her empowering music is a breath of fresh air.