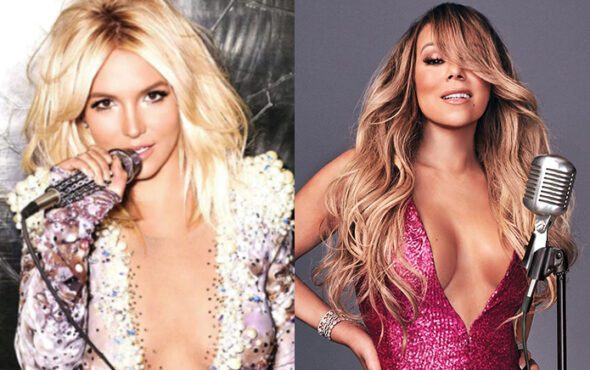 Music legend Mariah Carey revealed that she “reached out” to Britney Spears during her recent conservatorship battle.

Over the last few years, Spears was embroiled in a longstanding legal battle over her controversial conservatorship.

From 2008, the singer saw most parts of her life controlled by the court-appointed restrictions and her father Jamie Spears.

She even refused to perform if he remained and publicly spoke out about her situation for the first time earlier this year as the Free Britney movement gained momentum.

In an interview with NME, Carey opened up about reaching out to Spears during the turbulent time.

“I think everybody on this planet deserves to be free and what they did to her, what I saw, was horrific. So I reached out to her through a mutual friend because I wanted her to know: ‘Guess what? You’re not alone,’” she said.

Back in the early 2000s, Carey had experienced her own personal challenges that ranged from being overworked, controlled and family heartbreak.

“I remember when I was going through a lot of stuff years ago, Prince reached out to me and gave me a Bible and he talked to me for hours,” she added.

“He’s an amazing person and he cared about the music business and the industry being so screwed up – which it is. You’ve got to be a giving person. It doesn’t matter whether they’re my best friend or whatever, I just felt like it was the right thing to do.”

Mariah’s interview comes a month after Spears was officially freed from her 13-year conservatorship.

The judge also added that the Gimme More singer wouldn’t have to undergo any more medical evaluations.

In terms of the singer’s estate, the court decided that her assets will be transferred from her temporary conservator to her trust.

Even though the conservatorship has been terminated, her legal battle with her father Jamie Spears has just started.

At the end of October, Rosengart filed a petition requesting to depose Mr Spears and obtain materials related to the alleged bedroom surveillance of the Baby One More Time artist.

In September, the New York Times documentary reported the use of recording devices within the singer’s room.

Mr Spears’ spending habits as the singer’s conservator are also set to be investigated by forensic accountants.