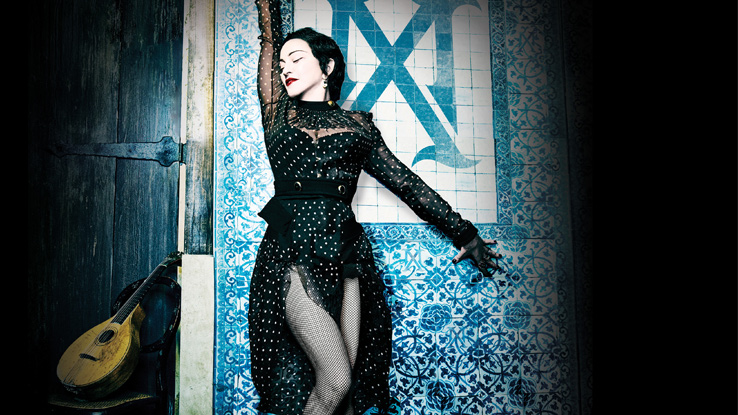 Madonna has just released the first trailer for her highly-anticipated concert movie for Madame X.

According to a report from Deadline, the Like A Virgin singer is partnering up with Paramount+ for her brand new concert documentary.

Madame X– which was filmed in Lisbon, Portugal – is set to follow the singer on her latest tour. It will feature close to 50 on-stage performers from all over the world and the all-female Orquestra Batukadeiras.

The doc was directed by Ricardo Gomes and SKNX.

In a newly released statement, Madonna described the upcoming project as “profoundly meaningful.”

“The opportunity to bring its message and the incandescent artistry of all involved to an even wider audience comes at a time when music is so deeply needed to remind us of the sacred bond of our shared humanity,” she explained.

“Madonna is undoubtedly the world’s biggest superstar, never ceasing to push boundaries and shape the pop culture landscape,” he said.

“She and MTV have an incredibly storied history and we are thrilled to continue to amplify our partnership globally.”

During its original run, the Madame X Tour received widespread critical acclaim, with Rolling Stone saying she’s the kind of superstar who “doesn’t repeat her successes” and is “getting weirder with age”.

The tour was in support of her 14th studio album of the same name, which includes singles such as Medellin (with Maluma), God Control, I Rise, Crave (with Swae Lee), Future (with Quavo), Dark Ballet and I Don’t Search I Find.

Back in March 2020, Madonna was forced to cancel the remaining tour dates due to the ongoing coronavirus pandemic.

Watch the full trailer for Madame X here or below.