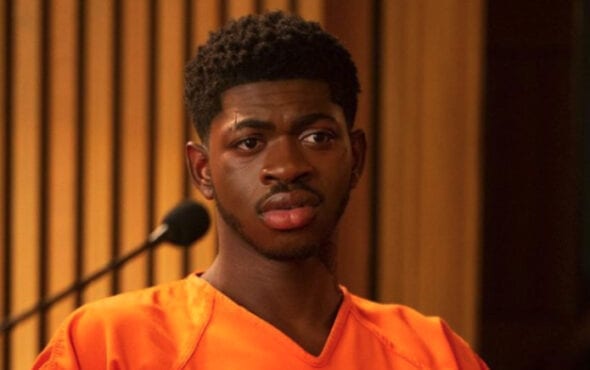 The forthcoming track is set to be released this Friday (23 July).

The Old Town Road singer first teased the record when he uploaded a TikTok of him crying alongside a cryptic caption.

“When you have court on Monday over Satan shoes and might go to jail but your label tells you to keep making TikToks,” he wrote.

As you may remember, the 22-year-old faced controversy earlier this year for his ‘Satan Shoes’ collaboration with streetwear company MSCHF.

LNX continued his playful troll session when he uploaded a video of his ‘Satan Shoes’ trial on YouTube.

The visual opens with the Panini rapper in an orange jumpsuit as he waits for his court hearing to start.

The judge – which was played by LNX – showcases his distaste in the trial while on the phone with his girlfriend.

We are then treated to the rapper portraying his defence attorney, who doesn’t pronounce his name correctly. 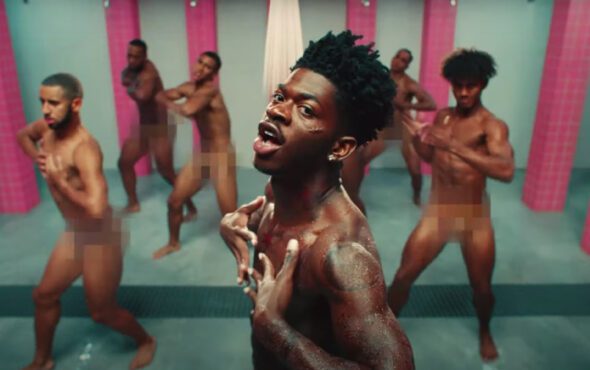 LNX is then put on the stand and undergoes questioning from Nike’s lawyer – who is also played by the comedic artist. But instead of asking questions related to the Nike scandal, the attorney asks LNX if he was gay.

“What does this have to do with the shoes,” he replies.

After he confirms his sexuality, the court erupts into gasps which results in him being sentenced to five years at Montero state prison.

LNX then ends the trial with the announcement of his brand new single alongside photos of him being processed into the jail.

Jack Harlow is also expected to be featured on the Take A Daytrip and Kanye West co-produced track.

Lil Nas X has been on a roll in regards to his music releases and announcements.

At the beginning of July, LNX unveiled a Marvel-inspired teaser trailer for his upcoming debut studio album Montero featuring clips from past music videos including Old Town Road, Panini, Holiday and Montero (Call Me By Your Name).

The blockbuster teaser didn’t unveil the release date for the album, but it’s widely expected to drop sometime in 2021.

Watch the hilarious announcement below or here.