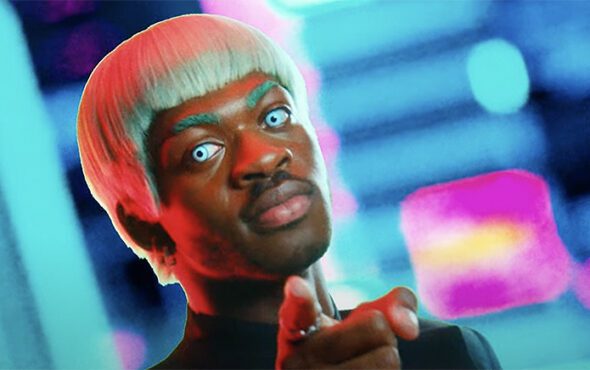 The rapper and singer-songwriter rose to fame in 2019 following the success of his Old Town Road remix with Billy Ray Cyrus.

Lil Nas X has now confirmed that Montero is less than a month away and will be released on 17 September.

The rapper also took the opportunity to tease fans further with an album trailer that previews an as-yet-unreleased pop-rock song.

Lil Nas X appears as a television reporter in a blonde wig in the video, referring to himself as a “power bottom rapper” and sharing the news that he and Jack Harlow have escaped the prison they were in during the Industry Baby music video.

creating this album has been therapy for me. i’ve learned to let go of trying to control people’s perception of who i am, what i can do, and where i will be. i’ve realized the only opinion of me that really matters is my own.

MY DEBUT ALBUM
“MONTERO” 🦋💕
IS YOURS
SEPTEMBER 17th pic.twitter.com/VBFKU70ntj

He then drives along a desert highway in a convertible, wearing his infamous pink prison outfit as he does so.

After stopping at a payphone, he is transported to another universe before the visuals reveal that Montero will be released next month.

Fans will also be pleased to know that the album is 15 tracks long and contains all three of Lil Nas X’s recent singles (Montero, Sun Goes Down and Industry Baby), something confirmed by Spotify and Apple Music.

The rapper has also revealed that the album artwork used on the pre-add feature is not official and that they will “love” the real one, which is “coming soon”.

Montero by Lil Nas X will be out on 17 September.