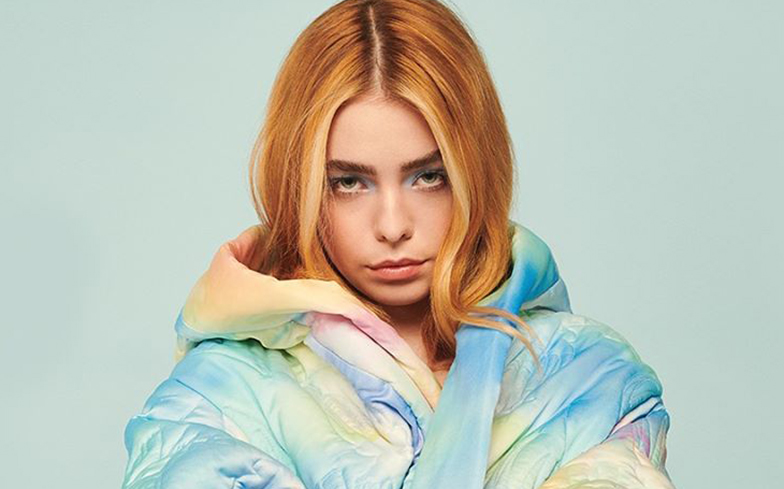 On the latest episode of PROUD RADIO on Apple Music, L Devine has spoken about how much it would mean to her younger self to be celebrated as an openly queer musician.

The singer-songwriter was the winner of the GAY TIMES Honour for Elevate: Emerging Star in Music at our star-studded event back in November last year, being recognised as an emerging LGBTQ+ musician making a big impact.

“GAY TIMES have been supporters from the start, and I’ve worked with them on quite a lot of stuff since the beginning of my career, L Devine told Hattie Collins on the show. “It was so amazing to be awarded on something that is such a personal thing for me and something that I’ve struggled through and then to be awarded for it.

“I think that’s definitely something that if I could go back and tell my 13-year-old self that you’d be standing on a stage in front of people that you madly respect and collecting an award and celebrating your sexuality and your music and how open you are about your sexuality in your music, I would have never believed you. So that was such a special, special moment for me. And the party was cracking too. The gays know how to throw a good party, so that was a special day.”

L Devine was named our Elevate artist for the month of January following her win at GAY TIMES Honours.

GAY TIMES worked with Apple Music to create the ELEVATE campaign as a way of not only celebrating a new generation of queer voices coming through, but platforming their work so LGBTQ+ audiences and beyond can discover, connect and fall in love with their music.

Elsewhere on this week’s episode of PROUD RADIO, singer-songwriter Fletcher talks about being open and honest in her songwriting and not shying away from her queerness.

“Just being from Jersey, I just have no filter,” she says. “It’s really hard for me to filter out anything that I’m thinking or feeling. My friends, my family, everybody kind of knows that about me. That it’s just kind of like, I don’t know. I just want to tell it like it is.

“There’s no room for any more filters in this world. I don’t want to be another one. I don’t know. It’s just whatever happens in my life, I just want to write about it because it’s a form of therapy for me. So if queer pop’s the new rock ’n’ roll, fuck yeah. Sign me up for that train. I’m down.”

The new episode of PROUD RADIO will air on Apple Music at 7pm on 20 July.