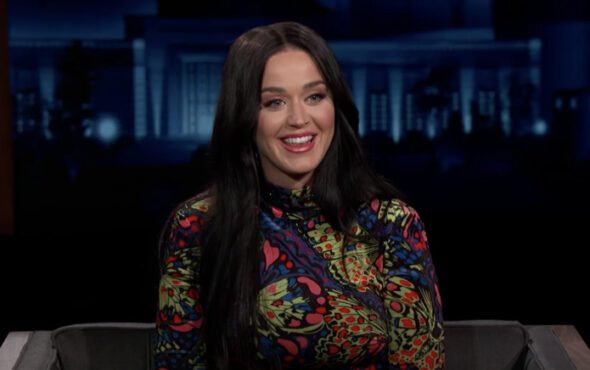 Katy Perry has opened up about her relationship with the LGBTQ+ community in a new interview.

Since the release of her debut album One of the Boys, the pop has gone to become one of the most successful music acts in history.

Backed by a chart-topping catalogue, the singer ushered in a new era of pop that explored topics on sexuality and allyship.

In an interview with Out Magazine, Perry praised her LGBTQ+ fans and said she “wouldn’t have survived” without the community.

“I came from a very sheltered upbringing where it wasn’t okay to be friends with anyone from that community. And now that is my community,” she explained.

“That is my people. It’s my everyday life. It’s in my house, it’s in my work. I wouldn’t have survived without the community and couldn’t, quite honestly.

“It’s amazing how full circle it’s come and how much growth has happened, you know since I started.”

Later on in the interview, Perry touched on her first number-one single I Kissed A Girl and the bisexual undertones of the track.

“For me in that time, bisexuality kind of got its label of sorts. It was like, ‘Oh, so that is what this is,’ you know?” she said.

“Or this feeling or this experience or what have you. I was just writing about my own experience.”

The 37-year-old also talked about her beloved single Firework and its accompanying music video – which featured two men kissing.

When asked about the purpose behind the scene, the singer said it was included to normalize LGBTQ+ relationships.

“[It was] very purposeful and to be inclusive and you know, to normalize. My songs have always been colourful and they’ve always been hopeful and sometimes those two things even mix,” she said.

Perry’s interview comes a few weeks ahead of her Las Vegas residency Play – which opens on 29 December.

The sure-to-be iconic show is set to run for 16 days and will feature her 20 top most-streamed tracks.

“It’s just gonna be a feast for both the ears and the eyes and it is like the most laughter I’ve had in a rehearsal setting ever in my life,” she told the publication.

“My co-creators and collaborators and the dancers and the band, everybody’s just like, ‘This is the kookiest idea.’