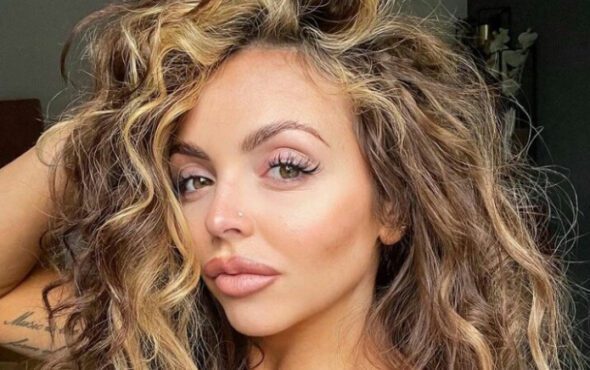 Former Little Mix member Jesy Nelson revealed that she wouldn’t “rule out” a relationship with a woman.

In her interview with The Guardian, the pop star discussed her love life and partially wanting to “be single forever.”

“I like waking up and knowing this day is just for me and I don’t need to worry about anyone but me. I’m not really looking for a relationship anymore,” she explained.

After being asked if men specifically were the issue, Nelson said that she “wished she liked women” and that she opened up about the subject with her queer sister Jade.

“I said ‘Jade, I wish I loved women,’ and she was like ‘Well, just try it you never know.’ And I said ‘No. I love men too much,’” she explained. “I just love the way men smell, I love muscles, and women don’t have that, do they?”

The 30-year-old was then told that women also have those traits, to which Nelson replied: “Ha ha I’ll never rule it out, I’ll just say that.”

The singer-songwriter also opened up about her time in Little Mix and her mental health after filming the group’s Sweet Melody music video.

“In lockdown, I’d just become a little porky pig and eaten whatever I wanted, and then they’d sprung on us two weeks prior, ‘Oh, you’ve got a music video.’ I got in a panic because I’d put on weight,” she explained.

“They were like, ‘You’ve got to wear a bikini!’ Obviously, I don’t have to wear it, but I knew I couldn’t be in a video with the other three wearing a bikini and me in a dressing gown.

“I got in such a state about having to lose weight in two weeks and wear a bikini. I went back to work and was really down about myself.”

Nelson went on to say that she experienced a panic attack after filming and had a “pretty mental day.”

“After the video, I just got back in a really dark place and ended up back in hospital. That was when my mum said, ‘No more,’” she said.

“I know there are people who think I’ve let the other girls down, and that I’m so selfish, but I do think there comes a time in life when you do have to be selfish and look after yourself, and it was really affecting me mentally.”

Nearly two months after the release of Sweet Melody, Nelson announced she would be leaving the group in a heartfelt statement.

“There comes a time in life when we need to reinvest in taking care of ourselves rather than focussing on making other people happy, and I feel like now is the time to begin that process,” she said.

“I need to spend some time with the people I love, doing things that make me happy.”

Even though both parties have moved on, Nelson and the Little Mix trio are set to release new music later this fall.