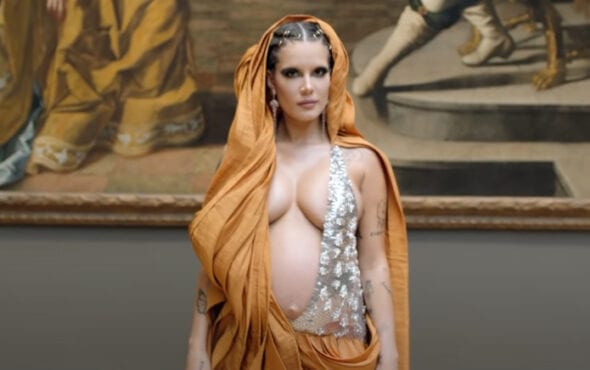 Pop superstar Halsey has welcomed their first baby, adding ‘mom’ to their growing list of accomplishments.

The star – who uses she/they pronouns – and their partner Alev Aydin announced the news via their Instagram with a heartfelt black and white photo.

“Gratitude. For the most “rare” and euphoric birth. Powered by love. Ender Ridley Aydin 7/14/2021,” their caption said.

Alev uploaded a similar black and white photo that featured himself embracing the Colors singer.

Halsey first shared their pregnancy journey back in January when they posted a photo of their belly with the caption “surprise!”

Before welcoming baby Ender, the pop singer got candid about suffering a miscarriage during a 2019 interview with The Guardian.

“It’s the most inadequate I’ve ever felt,” she explained. “Here I am achieving this out-of-control life, and I can’t do the one thing I’m biologically put on this earth to do. Then I have to go onstage and be this sex symbol of femininity and empowerment? It is demoralizing.”

Halsey also referenced this shortly after their baby announcement when they tweeted: “my rainbow.”

A fan quickly followed up on Halsey’s symbolism and offered an explanation around the star’s choice of words.

“Rainbow baby definition: A rainbow baby is a name coined for a healthy baby born after losing a baby due to miscarriage, infant loss, stillbirth, or neonatal death,” the fan wrote. 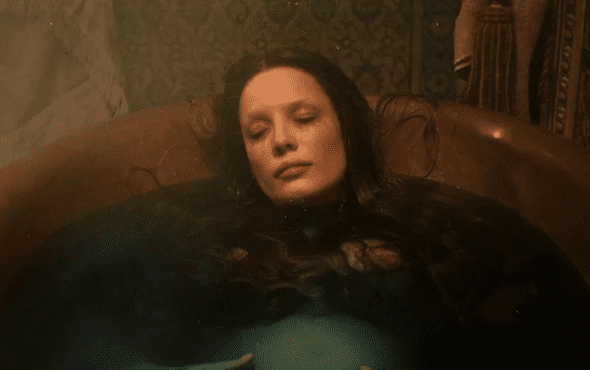 Halsey announces new gothic film If I Can’t Have Love, I Want Power

Alongside the arrival of their bundle of joy, Halsey is also preparing for their new music era.

Earlier this month, the Without Me singer announced their upcoming fourth studio album If I Can’t Have Love, I Want Power.

In their social media caption, Halsey said the concept album is “about the joys and horrors of pregnancy and childbirth,” and that it was important for them that the “cover art conveyed the sentiment of my journey over the past few months.”

“The dichotomy of the Madonna and the Whore. The idea that me as a sexual being and my body as a vessel and gift to my child are two concepts that can co-exist peacefully and powerfully, they continued.

“My body has belonged to the world in many different ways the past few years, and this image is my means of reclaiming my autonomy and establishing my pride and strength as a life force for my human being.

“This cover image celebrates pregnant and postpartum bodies as something beautiful, to be admired. We have a long way to go with eradicating the social stigma around bodies and breastfeeding. I hope this can be a step in the right direction!”

The singer is also set to release an accompanying hour-long visual for the album.

Watch the official trailer for If I Can’t Have Love here or below: