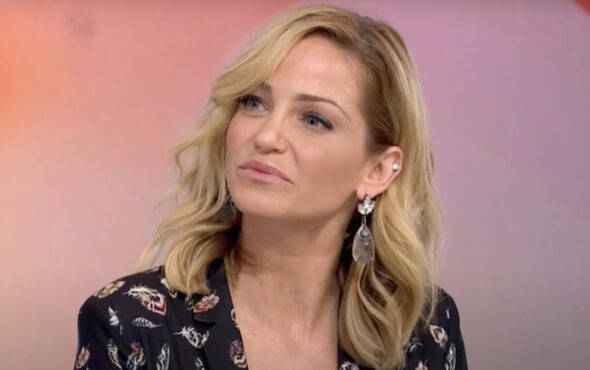 Girls Aloud superstar Sarah Harding has passed away after her year-long battle with breast cancer.

“It’s with deep heartbreak that today I’m sharing the news that my beautiful daughter Sarah has sadly passed away. Many of you will know of Sarah’s battle with cancer and that she fought so strongly from her diagnosis until her last day,” she wrote.

“She slipped away peacefully this morning. I’d like to thank everyone for their kind support over the past year. It meant the world to Sarah and it gave her great strength and comfort to know she was loved.

“I know she won’t want to be remembered for her fight against this terrible disease – she was a bright shining star and I hope that’s how she can be remembered instead.”

Harding first informed fans about her cancer diagnosis back in August 2020.

Though the beloved singer underwent weekly chemotherapy sessions, she informed fans that the disease progressed to other parts of her body.

Harding elaborated on her illness further in her memoir Hear Me Out, in which she revealed that her doctor said she wouldn’t see another Christmas.

“In December my doctor told me that the upcoming Christmas would probably be my last,” she said.

The news of Harding’s death has rocked fans and the entertainment industry as a whole.

“I am absolutely devastated!! I can’t think of words that could possibly express how I feel about this girl & what she means to me!! I know so many of you will be feeling this way. For now I’m sending so much love to you,” she wrote.

She continued: “Girls Aloud we’re fundamental in shaping the person I am today and Sarah really proved you can see the light and fun in life. Sending so much love & support to Sarah’s family!”

Since debuting on the ITV series Popstars: The Rivals, Harding had created a long and successful career in the industry.

During her time in Girls Aloud, the band achieved a string of 20 consecutive top ten singles in the United Kingdom, including four number ones. Two of the group’s albums also topped the UK Albums Chart and received multi-platinum status.

After the band disbanded in 2013, the songstress pursued an acting career and starred on shows like Coronation Street, an array of independent films and Celebrity Big Brother – which she won.

I’m truly at a loss for words. Sarah’s beautiful spirit will live on forever!
Girls Aloud we’re fundamental in shaping the person I am today and Sarah really proved you can see the light and fun in life.
Sending so much love & support to Sarah’s family! ❤️
RIP Sarah Harding 🌹 pic.twitter.com/jHvU30DicX