“We are the scene, not a part of the scene.” 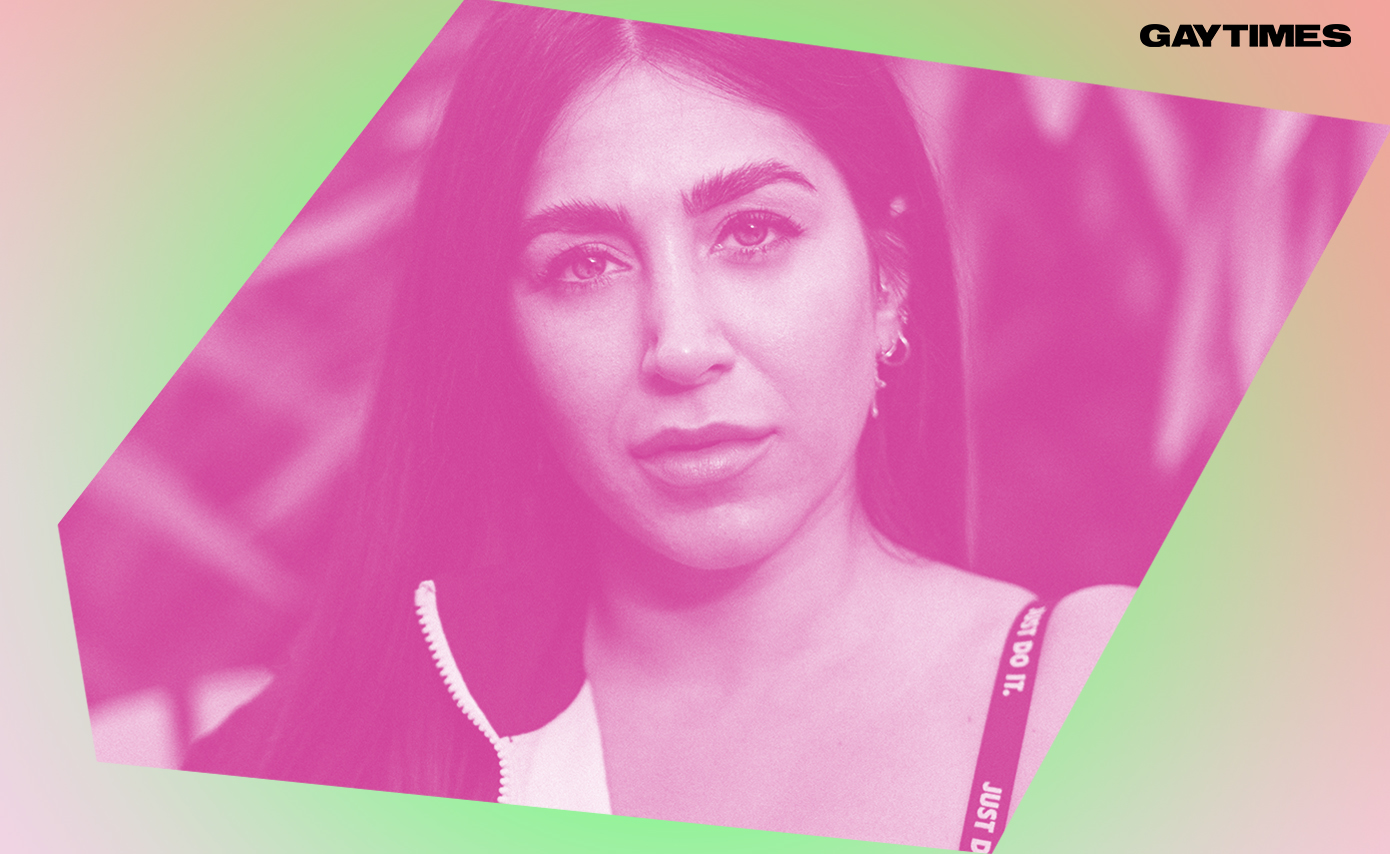 The past few years has played witness to some incredible, innovative and inspiring queer artists making a name for themselves in the world of hip-hop. Certain aspects of the genre have felt resistant towards LGBTQ+ expression at times, but there’s an incoming generation of artists breaking new ground and reframing the narrative for a more inclusive future for the hip-hop movement.

Ellie Prohan Presents EnGayged is a new regularly-updated playlist curated for GAY TIMES and exclusively available on Apple Music that will spotlight, celebrate and support LGBTQ+ artists and our allies in hip-hop. Each month, Ellie will refresh the playlist with emerging talent, the hottest new tracks, and classic anthems that will empower and educate the listener on the intersection of hip-hop and queerness in the 21st century.

“I grew up on hip-hop so it’s massively nostalgic for me, even my tiny Persian mum would twerk to RUMPSHAKER whilst I held onto her bottom as a kid,” Ellie tells GAY TIMES. “Throughout my adolescence, music shaped my life experiences. In my adult life becoming a DJ, owning my sexuality and always wanting to stay true to my musical roots without being bound by any stereotypes was paramount to me.”

Ellie is a DJ, broadcaster and promoter whose passion and knowledge for hip-hop has taken her across the globe. From playing festivals and parties in multiple continents, her flair for fierce DJ sets has seen her make a name for herself in an often male-dominated scene. As an openly queer female, she has also created safe spaces for LGBTQ+ people with her own club nights, becoming an advocate in cultivating inclusive parties where people can feel comfortable to be themselves.

When it comes to some Ellie’s favourite emerging LGBTQ+ hip-hop artists, she lists Le1f, Truemendous, Sharna Cane, Wavy The Creator, Jaewynn, Blimes Brixton, Dai Burger, and OMB Bloodbath as a handful she’s been championing. “Energy defines my being and every time I listen to any of these artists I get the same energy everytime, whether it be through their lyrics, the production of the track or the beat, I’m there on the journey,” she tells us. “I feel like we all need to know about these artists.”

The past decade has seen hip-hop make tremendous strides when it comes to LGBTQ+ inclusion and representation, ushering in a new era for the genre. “Growing up, queer visibility was not something that was recognised or pushed forward in hip-hop, it was almost taboo,” says Ellie. “With the evolution of the internet and technology, emerging artists and established artists like Lil Nas X and Young M.A. have broken the scene and given us all a voice. The growth we’ve seen has allowed us to be part of such a powerful music genre without being stereotyped. I believe that playlists such as EnGayged are so necessary to bridge the gap between allies and members of the LGBTQ+ community within hip-hop.”

Throughout history, music has always played an important part in social change, allowing people to connect with stories and identify with broad and diverse experiences. We each have those icons we look towards who have been there for us through their art in times of need, celebration and reflection. “A lot of my musical influences come from the 90s/00s era, growing up I didn’t realise the meaning behind many songs and as I began to live in my truth I became more aware of how important  it is to support artists who promote inclusivity in their art,” says Ellie. “The truest icons for me are talents like Frank Ocean, Missy Elliott and Tyler, The Creator amongst many more I salute you.”

So what does Ellie hope you, the listener, will take away from the Ellie Prohan Presents EnGayged playlist? “A sense of unity in hip-hop. I’m excited for listeners to enjoy LGBTQ+ talent and allies in one place like Jay-Z, The Game, Shay D, Lil Simz, Vic Mensa and Kid Cudi. We are the scene, not a part of the scene.”

You can listen to the Ellie Prohan Presents EnGayged exclusively on Apple Music now via the GAY TIMES curator page. 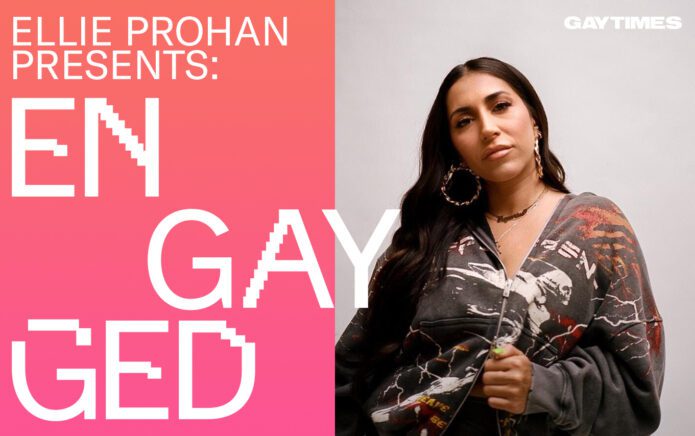 Ellie Prohan Presents EnGayged is a regularly-updated playlist curated for GAY TIMES that spotlights, celebrates and supports LGBTQ+ artists and our allies in hip-hop. 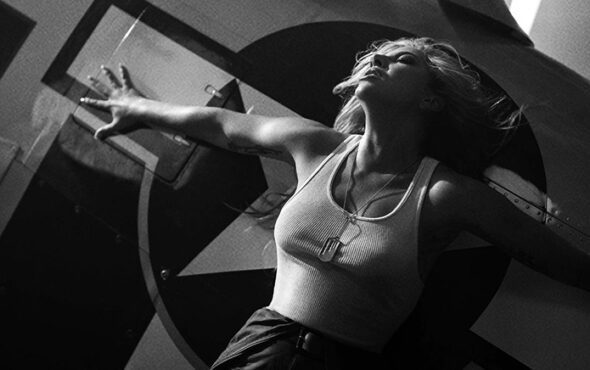 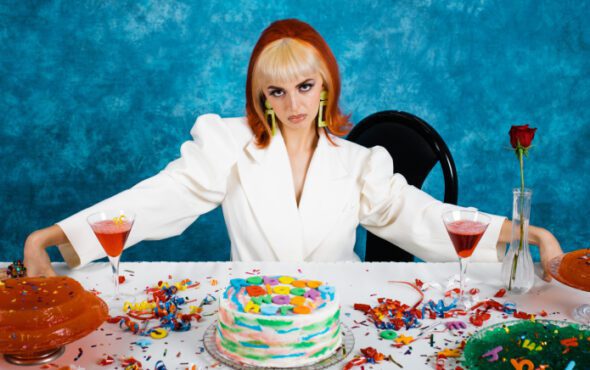 Rebecca Black: ‘It’s fun playing with people’s expectations of me’ 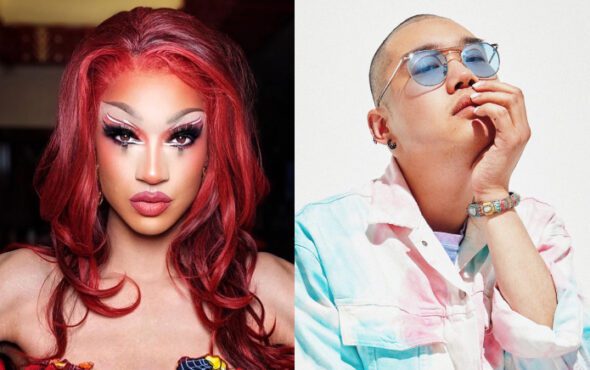