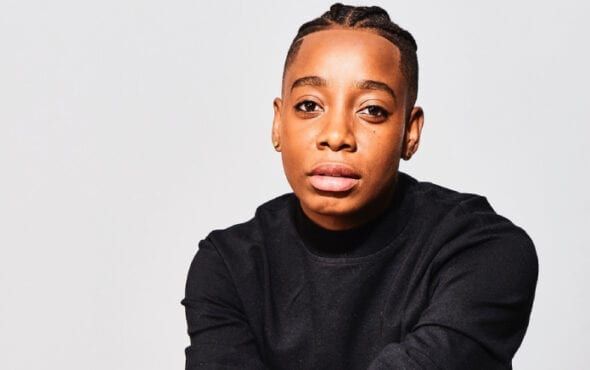 Dotty Charles has found a new gig and it’s with Apple Music.

The former BBC Radio 1Xtra Breakfast Show presenter has announced a partnership with music and tech giant Apple. Signing on as Apple Music’s Lead Cultural Curator, Black Music, UK and Apple Music Beats 1 host, the author and rapper will be taking to the digital platform this September.

“This really is my dream job!” she said in a statement. “I started in this business as an artist myself so to be taking on a role that allows me to empower musicians is incredible. And to do all of that while continuing to do what I love on the radio is huge.

“Apple is the biggest company in the world, so to play a part in curating their musical output is something I’m incredibly excited about. I can’t wait to get started at my new home… time for another unforgettable chapter!”

Dotty – who also performs under the moniker Amplify Dot – left her position at BBC Radio 1Xtra Breakfast Show earlier this summer after six years with the station.

The multi-talented star is no stranger to driving powerful change in the arena of music. Before leaving broadcast earlier this year, the author was the first solo female host of the BBC Radio 1Xtra Breakfast Show.

Just last month, Charles published her unique take on cancel culture in her first book Outraged: Why Everyone is Shouting and No One Is Taking. She is currently working on her second untitled book.

You will be able to hear what Dotty Charles has in store as part of the Apple Music family from September.