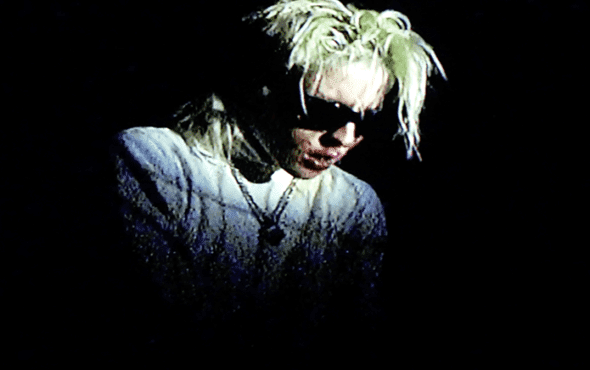 Earlier this week, they cleared their Instagram feed and filled it with elusive moments from their not yet released music video – accompanied with clues in the captions – of what themes their new song would suggest.

The digital scavenger hunt, along with the previously released song Sorry Bro (I Love You), released in May, had fans engaged and waiting for what Electra had to offer. The video, which has now been debuted with the song, is innovative and homemade, directed by themselves and Weston Allen. Electra did not disappoint.

The quarantine influenced making of the video, and intimacy of the location and lyrics, exhibits a more personal side of Electra. Their music is transparent and offers an alternative, queer relatable narrative. No wonder why Electra’s fans were so involved in the online hunt.

With the release of the new single, the locket featured in both this video and Sorry Bro (I Love You) has been put up for sale. These lockets are exclusive with only 199 being made custom, with Electra’s name engraved on the back.

Electra will keep the 199 keys which open the lockets, creating an even stronger connection between them and their fans, and furthering the narrative and themes of submissiveness in their song.

Co-director, Allen, commented on a short clip of the video, calling it  ‘a transcendent experience,’ and with this, we cannot disagree.

Related: Dorian Electra calls out YouTube for giving an 18+ rating to their Adam & Steve music video.