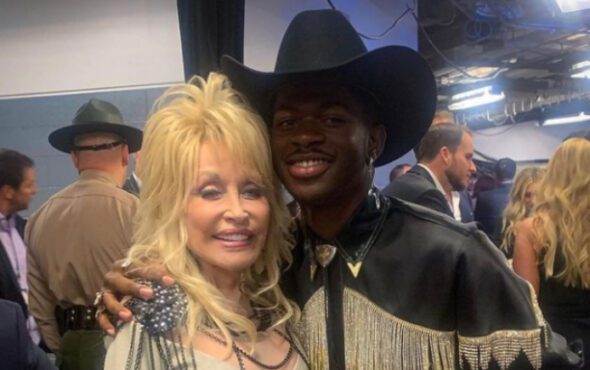 After covering Dolly Parton’s iconic song Jolene in the BBC Radio 1 Live Lounge, Lil Nas X has been shown love from the singer.

Parton, who first released the song in 1973, said she was “so excited” to discover that the That’s What I Want hitmaker had covered the track.

“I was so excited when someone told me that Lil Nas X had done my song #Jolene,” the country star wrote on social media. “I had to find it and listen to it immediately…and it’s really good.

“Of course, I love him anyway. I was surprised and I’m honored and flattered. I hope he does good for both of us. Thank you @LilNasX.”

Also on the record is former Hannah Montana star Miley Cyrus, who features on its closing track Am I Dreaming.

You can listen to Montero below or by clicking here.