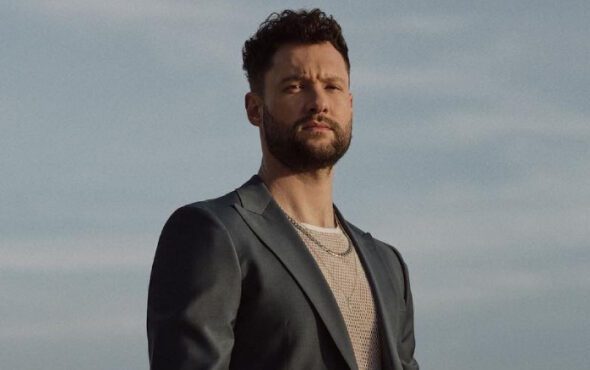 Calum Scott has released the fourth single, Heaven, from his highly-anticipated sophomore album.

Since making his debut on Britain’s Got Talent, Scott has captivated audiences worldwide with his spectacular vocals and immersive songwriting.

Heaven, which is produced by Fraser T. Smith, continues to showcase his boundless talent while also bringing fans deeper into the singer’s romantic soul.

At the start of the track, Scott delivers warm and engaging vocals alongside an epic piano arrangement.

As the song progresses, the production intensifies by adding elegant swinging drumbeats and dreamy strings.

But it wouldn’t be a Calum Scott single without his creative and romantic songwriting skills.

Throughout the record, the singer uses heaven as a metaphor for his love with lyrics such as, “I used to think that my paradise was somewhere waiting on the other side,” and “Take me higher than I’ve been.”

“The concept of ‘Heaven’ is the love between two people being so powerful that it is far superior to anything else, any other form of paradise that could be offered. I loved the idea of putting the power into the relationship,” Calum shared in a statement.

“As songwriters, we’re always searching for new ways of saying ‘I miss you’ or ‘I love you’ or ‘I want you back.'”

In regards to his impressive vocal range on the record, Scott said it was vital for him to “really push” his voice.

“But if you’re talking about something so passionate, it should be delivered in a very passionate way,” he explained.

To make the release of Heaven even better, Scott has also revealed that his forthcoming album, Bridges, will be released on 17 June – just in time for Pride Month.

“I can hardly believe I get to do this again. I am unbelievably proud to announce that my second album, ‘Bridges’ will be released on June 17th,” he wrote on Instagram.

“I know that this record has been a long time coming but you deserved only the best that I could deliver.”

Listen to Calum Scott’s latest track Heaven here or below.