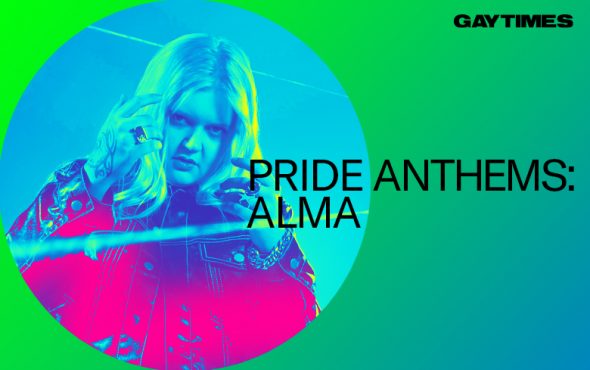 The past 18 months has been an incredible journey for Finnish singer-songwriter ALMA.

In early 2019 she opened up about her sexuality for the first time, speaking openly about her position as a queer female in music.

It allowed her to explore more meaningful and honest themes in her work, leading to the long-awaited release of her debut album Have U Seen Her? back in May.

“It was easy to release songs that were talking about partying and love,” ALMA told GAY TIMES Magazine during her cover feature earlier this year. “But it definitely took me a long time to figure out how to write songs where I’m vulnerable, because the culture that I come from, we don’t speak about stuff like that. We don’t speak about our mental health issues or sad things.

“It took me a long time to figure out that I could actually talk about this, and realise how fucking amazing it is to say it out loud.”

ALMA’s debut album, Have U Seen Her?, was all the better for it. Tracks like My Girl, Loser and Bad New Baby are modern-day queer anthems.

For her Pride playlist, the singer-songwriter has included some of her new tracks alongside artists who have also thrived with vulnerable lyrics and empowering stories.

From Girl In Red and Frank Ocean, to Beth Ditto and Lil Nas X, it’s a playlist packed with queer excellence.

Pride Anthems is a series of playlists GAY TIMES will be releasing across summer on our Apple Music curator page, celebrating and supporting emerging and established LGBTQ+ music artists.

Some of the artists featured in this Pride-themed content series you will have previously seen come through our ongoing Elevate campaign.

You can listen to their music via the GAY TIMES Super Room on Apple Music now.