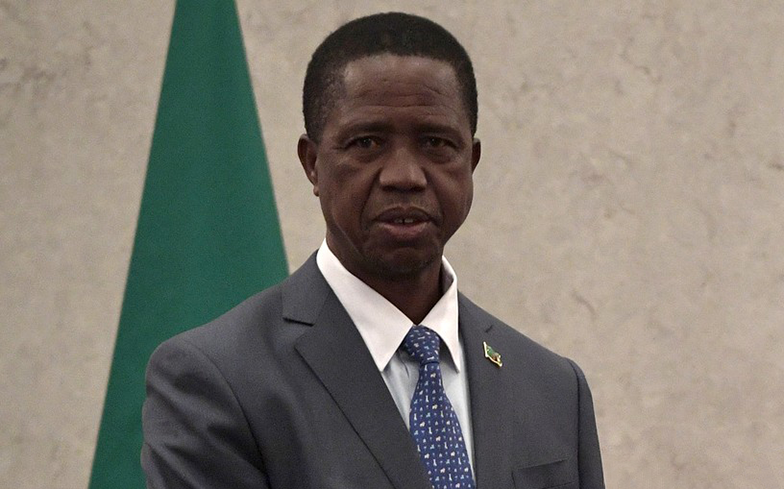 “We don’t want such people in our midst.”

Zambia’s homophobic president Edgar Lungu wants their US ambassador to leave the country.

Last month, US ambassador Daniel Foote caused controversy in the African state when he said he was “personally horrified” that two gay men have been sentenced to 15 years in prison for having a consensual relationship.

He called on the government to reconsider laws that punish minority groups and said the sentence of Japhet Chataba and Steven Samba was worrying because “government officials can steal millions of public dollars without prosecution”.

Lungu wasn’t too pleased with his comments, telling ZNBC TV on 15 December: “We have complained officially to the American government, and we are waiting for their response because we don’t want such people in our midst. We want him gone.”

Foote – who has been the US ambassador for Zambia since December 2017 – later expressed “shocked at the venom and hate directed at me and my country, largely in the name of ‘Christian’ values, by a small minority of Zambians.

“It is up to Zambian citizens and the courts to decide if your laws correspond to your constitution, but your constitution itself provides every person the right to freedom and expression of conscience and belief.

“I expressed my belief about a law and a harsh sentencing I don’t agree with. I didn’t interfere in internal affairs.”

In an interview with Sky News, Lungu defended their laws, saying: “We are saying no to homosexuality. Why should we say we are going to be civilised if we allow it. Are you saying that we’re very primitive now because we’re frowning on homosexuality?

“Even animals don’t do it, so why should we be forced to do it? We want to be seen to be smart, civilised and advanced and so on. If that is how you will bring your aid then I am afraid the West can leave us alone in our poverty.”

It should be noted that same-sex behaviour can be found in over 1,500 animal species, including animals like lions or penguins.