YouTuber Trevi Moran comes out as a transgender woman 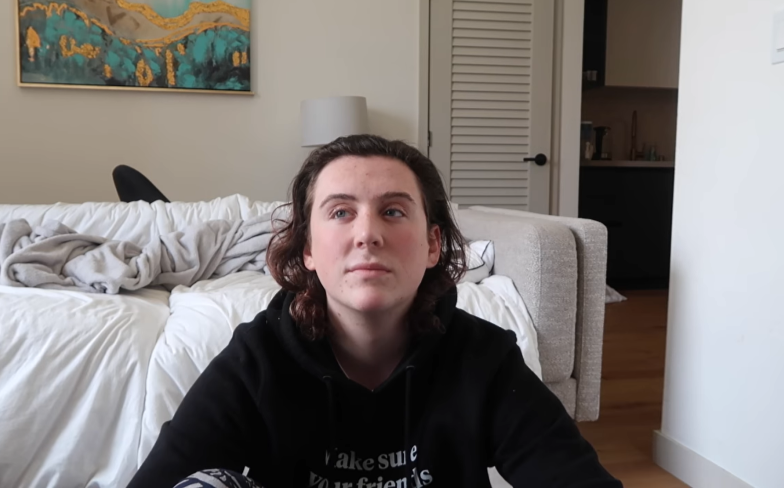 Trevi is known for her YouTube channel, but also competed on the second series of American X Factor.

YouTuber and former X Factor contestant Trevi Moran has come out as a transgender woman in an emotional video, titled Coming Out. I Am Female. Trevi had previously come out as gay in a 2015 video, and in a 2017 video questioned whether she identified as cis-gender.

In the video, she said: “Hi. My name is Trevi Moran, I am a transgender female. That’s a good start, I can’t believe I said that out loud.”

She added: I’ve dealt with this feeling my entire life, and I know that I’m a woman deep down inside. … I hit a rock in my journey in 2017 when I thought I wasn’t transgender because I thought that people were pushing me to be transgender. No, I just had a lot of demons back then. A lot of eating disorder stuff, self-confidence issues, it wasn’t the time for me to come out then.”

She explained that she had intended to come out with a new show, a photoshoot and music, but then decided that it “didn’t feel right” adding it felt like she was trying to “glamourise it and capitalise off it, and that’s not the situation.”

Speaking about her transition, Trevi said: “I am two months in on hormones. My brain is just everywhere. I am so hormonal, I mean my ass is getting fat as fuck, and I’m growing breasts. It hurts and I’m going through a lot right now and all because I want to be me and self-express myself.”

Trevi went on to say that she was documenting her journey, and that she would made a docu-series titled Trevi: The Transition, before showing a small preview clip, which showcased both the highs and lows of her life.

Ending the video on a note of encouragement for fans, she said: “If you’re ever lost, just don’t go out, go in. Go in and find yourself because going out and distracting yourself defeats the purpose.”

You can watch Trevi’s coming out video below, or by following this link.

Her coming out video has garnered a lot of support, with one fan writing: “Trevi, as someone who has admired you since o2l, I am so proud of you. When you said how vulnerable of a moment this was for you I sent you all the love and good vibes i had in my heart.

“Because the people who love you and your fans support you 100% and this doesn’t change that love or admiration in the slightest. I can’t imagine what you’re going through with your hormone therapy bc I know estrogen is a crazy mf but GIRLL YOU are SO STRONG.

“I love you and I am so proud. Last night was a full moon in sag which told us to let go of things that no longer serve us by GOING INWARD. So this was all meant to be. You are so amazing and I will always be a fan. Welcome to the sisterhood, we love you and support you!”

And another added: “Can we talk about how much courage this takes? Like I’ve watched you battle alcoholism and all these demons! You are amazing! You are a warrior and I am just like so in awe of you!”