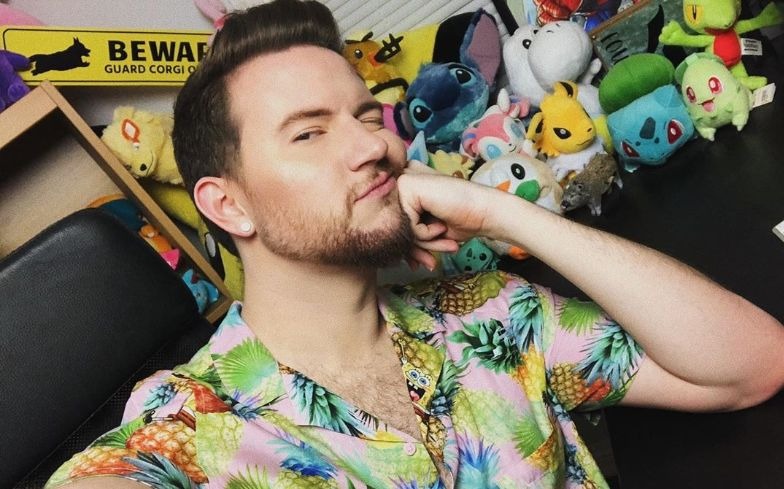 The YouTuber distanced himself from videos where he came out as asexual.

YouTube star Ricky Dillon has come out as gay in a new heartfelt video. In 2016, Ricky came out as asexual, however in 2019 he distanced himself from that video, saying he could “no longer 100% relate to that video.”

In this new video, he explains “I am gay, and I’m finally okay with it. It’s been a long journey to get here.”

He explained that he first felt that he was gay in 2017, and at this point in his life he was “1000% gay” and that some of his past videos were “inauthentic and disingenuous.”

Ricky went on to say that due to his religious upbringing in Alabama, he was taught that being “gay was one of the worst things that could happen” and that he feared having to come out to his family, something that he hadn’t done at the time of recording, but had done by the time the video was uploaded.

He admitted he wasn’t afraid of telling the general public due to the support of the LGBTQ community that he’d seen before, especially with other YouTubers, but he did worry about homophobic parts of the world that believed “being gay is a lifestyle or choice.”

Although Ricky distanced himself from his previous video where he came out as asexual, he emphasised that those who identify as asexual or aromantic are valid, and that he’d only identified that way as he knew he didn’t like girls, and had forced himself to believe he wasn’t into boys.

But speaking about being gay, he said: “I’ve been with several guys now and it’s the most natural and comfortable thing ever. It just clicks. It all makes sense and it feels right and I finally feel like I’m myself.”

He also explained that his recent lack of uploading has been due to these feelings, and he felt he couldn’t move forward in his life until he had come out.

Ricky finished by saying: “I’m gay and I’m proud of it! I’m so excited and ready to just be myself.”

A day after uploading the video, Ricky posted to Twitter: “just wanted to come on here and thank you all for the wonderful love and support you’ve shown me today.

“i’m truly so overwhelmed, in the best way. i’ve never felt so relieved and at peace before in my entire life. just been processing and letting myself breathe all day. love you.”

He added: “thank you all yet again for all of the overwhelming support, it seriously means more than i can ever express.

“i feel SO HAPPY today. and relieved. and free. it took me a long time to get here but i’m so proud of myself.”

You can watch Ricky’s video below, or by following this link.