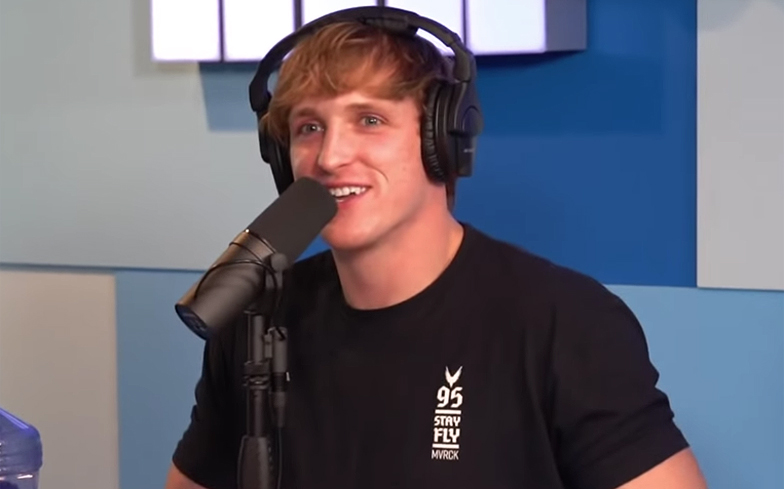 Logan Paul has apologised after claiming he wants to “go gay” for a month.

The controversial YouTuber made the comment on a recent episode of his Impaulsive podcast series, where he and co-host Mike Majlak told listeners about their questionable New Year’s resolutions for 2019.

For January, the pair announced they were going vegan and sober, while “fatal February” would see them “go the opposite” and consume lots of meat and vodka. And then came March.

“For one month, and then swing, go back,” Mike added.

Unsurprisingly, the comments faced huge backlash from those on social media, with many calling on Logan to use his platform to advocate for LGBTQ issues instead.

“Logan Paul joking about being gay ‘for one month’ while countless LGBT+ around the world are killed & committing suicide for their sexuality, is disgusting,” wrote gay YouTuber Daniel Preda.

“He continues to be an awful representation of the YouTube community & shows he truly has learned NOTHING over the last year.”

Perhaps for the month of March instead of baiting the gay community you can use your massive platform as a voice for those LGBT+ who have no voice and resort to suicide and self-harm. Just a suggestion @LoganPaul

You can’t “go gay for a month”. Being gay is not a choice.

This is an insult to the LGBTQ+ community.

The negative response led to the YouTuber issuing an apology (of sorts) on Twitter after LGBTQ charity GLAAD called him out.

“Very poor choice of words… my fault,” he wrote. “Let’s get together and talk about it on my podcast next week?”

very poor choice of words… my fault. let’s get together and talk about it on my podcast next week? https://t.co/Ki8RKgMJOO

It’s certainly not the first time Logan has found himself at the centre of controversy – last year, he faced huge backlash after filming a dead body in Japan’s Aokigahara Forest, one of the world’s most prevalent suicide locations.

The video received millions of views before it was taken down. Logan later apologised for the video, claiming his intention was to “raise awareness for suicide and suicide prevention”.