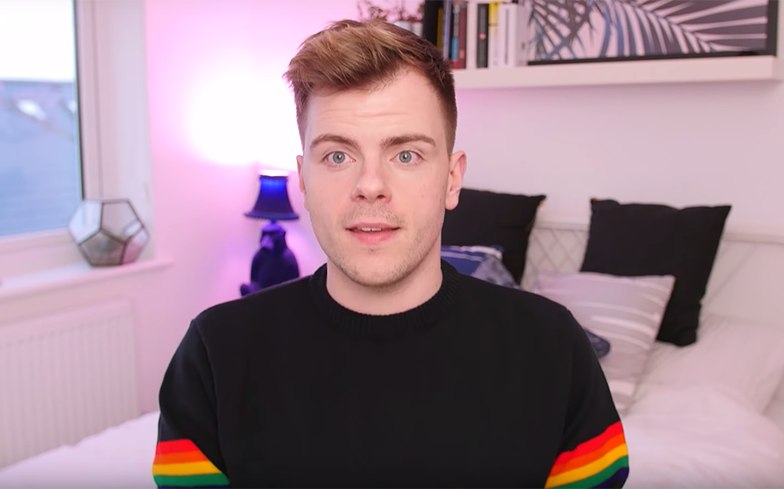 “I feel like I haven’t been honest and truthful the entire time with myself.”

YouTuber Niki Albon has come out as gay in a heartfelt video.

The British personality, who is half of the twin duo Niki and Sammy, uploaded a 20-minute clip in which he admits to his 185,000 subscribers that he hasn’t “been honest and truthful the entire time with myself, let alone with anyone else”.

“I feel like I was just being deceptive, and saying that now it’s just so stupid, but it got me down,” he said.

“Specifically, for the last four years I feel like I wasn’t being my honest self, which is annoying in so many ways because I’ve always tried to be one of those internet people that is real. I feel like there’s not that many real people online.

“I also just want to make people smile and laugh and have a good time.

Niki said he’s visited a therapist because he felt like he had an issue with his self-esteem. It wasn’t until he saw the coming out video of Eugene Lee Yang from the Try Guys that he felt like he could be honest with her about his sexuality.

“I listened to Odesza’s song from that music video for like an hour,” he explained. “I typed an email to my therapist and was like, ‘Look, this is what I want to talk about, because I know that this is what is affecting me the most.’

“I wrote an email to my therapist that said, ‘I feel like I’ve been wasting my time and your time because, actually what I want to talk about, is the fact that I’m gay. At the age of 27, that was the first time that I had said that.

“She just replied, ‘I’m so glad that you felt you could tell me that, because then we can work on this.’ That was it.”

Although he knew he way gay from age 12, Niki was held back from living authentically because he had a “fantasy of the perfect scenario” for his coming out. He has recently realised that there is “no such thing as a perfect moment”.

“Sometimes life presents you with moments and sometimes it doesn’t,” he added. “You need to make them yourself.”

Niki’s video was flooded with positive comments, with one of his fans saying he has “never ever been prouder” and another admitted they haven’t watched many of his videos but this has helped them “through so much”.

He later thanked his fans on social media with a new family portrait to celebrate.

“I am so overwhelmed by the love being sent my way right now,” he wrote. “I know that this family portrait would mean a lot to my younger self, who spent a long time worried he’d damage what he had in the second photo.”