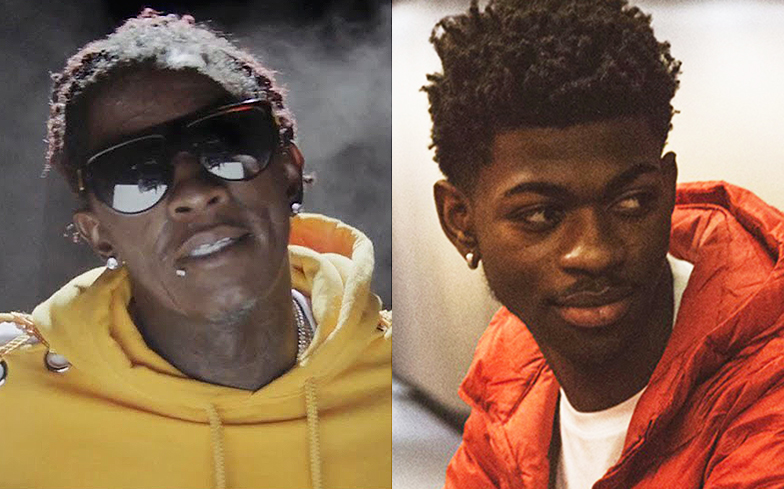 Young Thug has suggested that Lil Nas X shouldn’t have come out as gay.

Old Town Road hitmaker Lil Nas X received support from many when he opened up about his sexuality at the end of June, which is celebrated as Pride Month, but one fellow rapper isn’t sure it was the right thing to do for his career.

During a sit-down interview with No Jumper, Young Thug – who recently appeared on a remix of Lil Nas X’s hit track Old Town Road – said: “I feel like he probably shouldn’t have told the world.

“He shouldn’t have told the world because it’s like, these days, motherfuckers, it’s just all judgement. Motherfuckers just judging. It ain’t even about the music no more.

“Once you found out he was gay, as soon as that song come on now, everybody’s like, ‘This gay ass n****’. N****s don’t even care to listen to the song no more. But that’s just like, to certain people, you know what I’m saying?”

Seemingly in an attempt to clarify his comments, Young Thug went on to praise Lil Nas X for coming out as gay during Pride Month, but said he was worried about the negativity he might face as a result.

20-year-old rapper Lil Nas X, who shot to fame when his single Old Town Road topped the US and UK charts earlier this year, first hinted that he was part of the LGBTQ community in a tweet sent at the end of June.

During an appearance on BBC News on Friday (5 July) morning, he officially confirmed that he identifies as gay, and opened up about his reasons for coming out to the world.

“I was considering never doing it ever, and just taking it to the grave,” he revealed.