Young LGBTQ+ Christians like me need schools that accept us

Milly Woodward from Just Like Us – the LGBTQ+ charity for young people – discusses LGBTQ+ intersectionality as a bisexual Christian.

WORDS BY MILLY WOODWARD, A JUST LIKE US AMBASSADOR 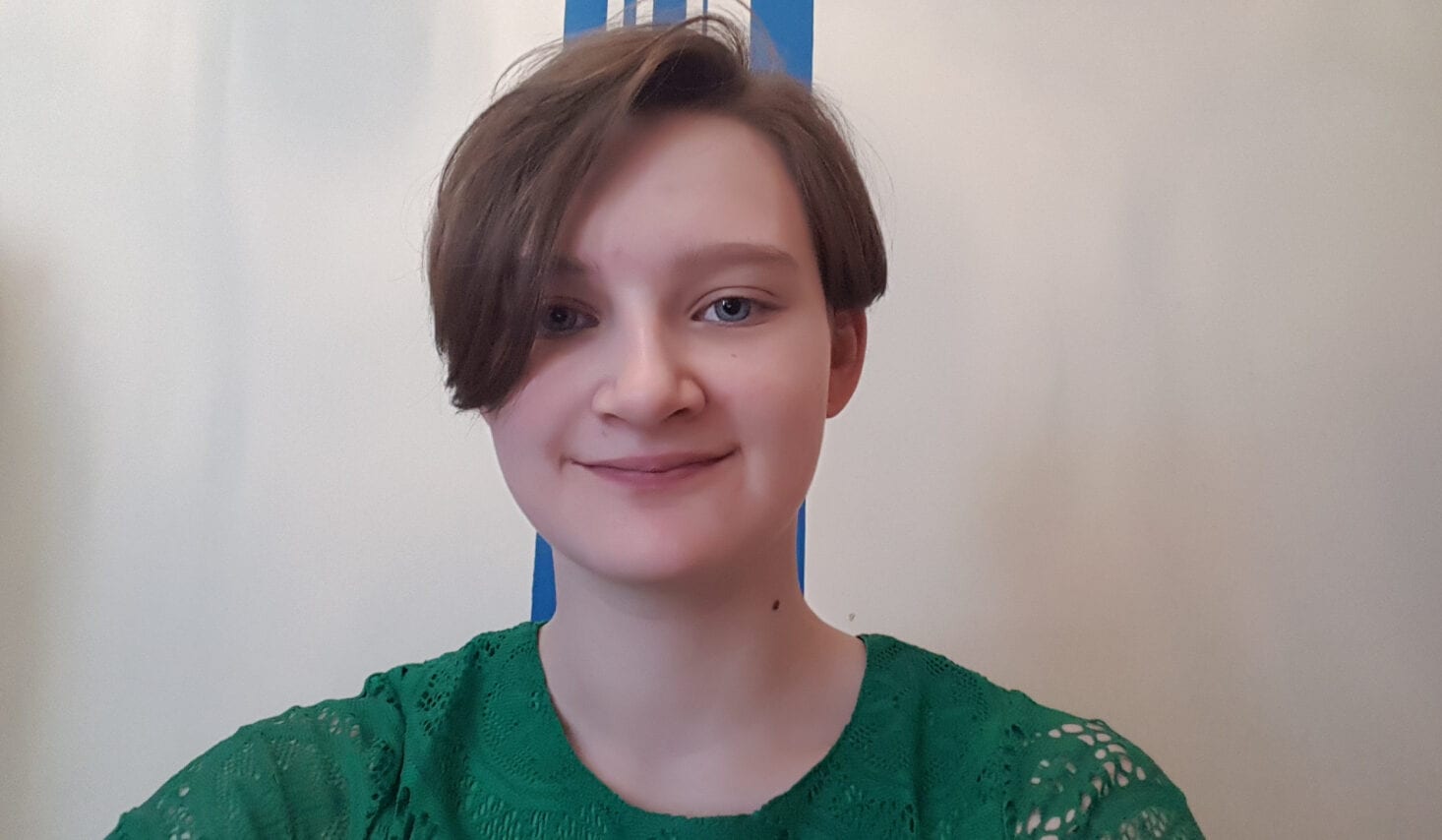 My name is Milly, and I am bisexual. I am also Christian – Church of England, to be exact. Both these things are true, but for a long time, I didn’t think they could be. I’ll explain myself, but first, we need to go a little bit back in time.

So, I realised that I wasn’t straight in high school, aged 12 (ish). Unfortunately, I knew very little about the LGBTQ+ community. I don’t know if it was the CofE primary school or my own obliviousness, but I knew precisely three things:

One: men who date men are gay.

Three: even though we say it’s ok, people who do it are a bit weird.

As you can see, the word bisexual was not included in this knowledge – an unfortunate gap for someone who is bisexual! My lack of knowledge meant that, in a panic, I repressed what I knew about myself until I was 15, had a massive panic attack, and had to be talked through a hasty voyage of self discovery by my best friend over WhatsApp. Yeah, it was messy.

Still, once I’d faced it, I came out to my friends and family and they were amazing. I am so ridiculously lucky to be surrounded by a beautiful support network, and I’m  reminded of that every time I read the story of people who weren’t so fortunate. I am eternally grateful to all of them.

I also came out online. This was unexpectedly difficult. The thing was, as well as being openly bisexual online, I was openly Christian. For some reason, people didn’t seem to think this was allowed. There were some questions asked about whether I minded that my sexuality was condemned by my religion. There was a strange kind of sympathy from other Christians who thought I was Hell-bound. And then there was outright hate from people who thought I was betraying either my faith or the LGBTQ+ community, telling me that I had to be one or the other – I couldn’t be both.

I’d suspected for years, subconsciously, that sometimes religion and sexuality don’t mix well, but this was the first time I’d faced this argument in real life. It was frightening. The idea that to be accepted, to be right, I’d have to give up a piece of myself was terrifying. I found myself with so many questions. How could I match my faith and sexuality? Was it even possible? Was the bible really against it? Was God really against it? What would my church say if they knew? 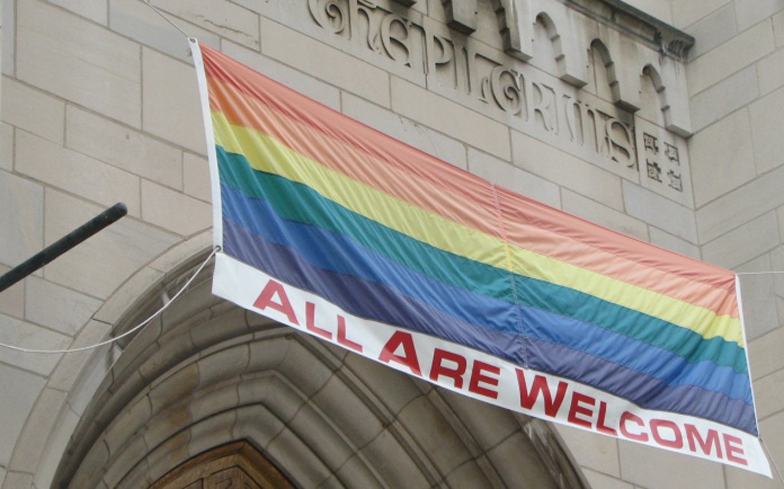 These are, honestly, questions that I’m still working on. It could take the rest of my life to figure out and maybe I never will. They’re big questions. Still, this year, I’ve been out for four years, which is enough time to figure at least one thing.

What I’ve learned over the years is that my connection to God – or whatever something it is that we call God – is just that. Mine. Me being bisexual doesn’t affect it, because both things are a part of me, and other people’s views on it don’t matter. The only person I need approval from is me.

So, if you’re thinking wow, that was a pretty personal thing to plaster over the internet for no reason, you’re right! But I have two reasons: one, to encourage other LGBTQ+ people of faith to carry on their journey and be confident in themselves, and their ability to define their own relationship with religion.

Secondly, I want to encourage teachers – especially in faith schools – to diversify their teaching and include the LGBTQ+ community in their lessons. Maybe if I’d learned about being LGBTQ+ families and role models in primary or secondary school, I’d have had an easier time later on. Perhaps if faith schools taught their pupils that we exist, we’d see more acceptance and our mental health wouldn’t suffer while growing up not knowing if the people around us will support who we are.

I know, teaching this stuff is probably very daunting. Luckily, Just Like Us can help. I volunteer with the charity and they run School Diversity Week where schools across the UK can celebrate LGBTQ+ equality in education. To give you an idea of the scale, in 2020 schools and colleges representing 1.97 million students signed up.

The best part? It’s completely free and will help young LGBTQ+ people of faith like me know that it’s OK to be yourself and that you are safe and welcome at school. So if you work in a school or perhaps you’re still at school, please encourage them to sign up for School Diversity Week. I promise you, your LGBTQ+ students will thank you and you’ll be changing lives. 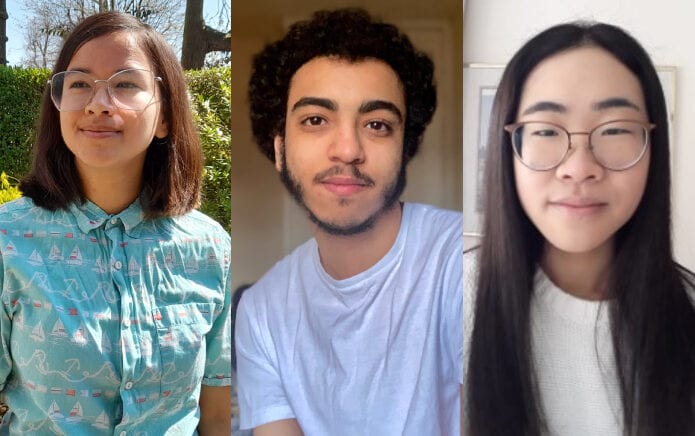 In celebration of UK Black Pride, two young lesbians and a trans man have created a video on what it means to be an LGBTQ+ person of colour. 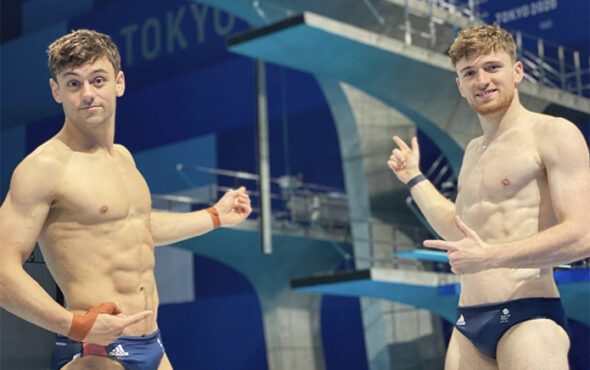