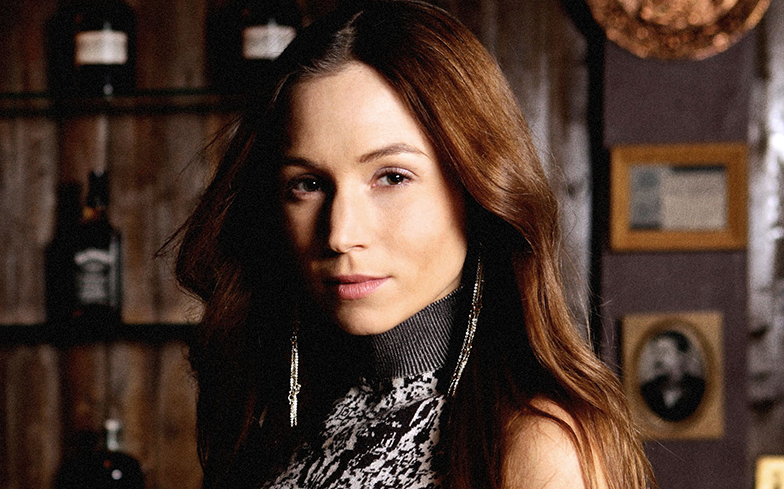 “I am queer. I am into ALL humans. I guess maybe I am just really into love?”

Dominique Provost-Chalkley has come out as queer.

The British-Canadian actress, who played the title character on cult classic supernatural horror series Wynonna Earp, spoke about her sexuality for the first time in a powerful and heartfelt essay for Start the Wave.

“That we must fit into categories and live under labels. It seems to me that we live in judgement, in fear of judgement, from the collective mentality derived from the controlled and repressed systems we’ve created for ourselves.”

Dominique critiqued society for teaching us that “fluidity in gender and sexuality is on some way wrong” and said as a queer woman, she finds it “a really heartbreaking and confusing “truth” to get my head around.”

She then revealed that she has been “attracted to all shapes and genders” as soon as she became sexually aware.

“But unfortunately, before long it became clear to me that my sexuality was viewed in a very complex and largely negative light,” Dominique continued. “I did NOT want to be different. Wanting to be liked outweighed wanting to be being me.

“Having no representation of bisexuality or pansexuality, I feared I must be gay. I was attracted to girls… but I also liked boys?! Confusion brought me right up into my head – to a voice that wasn’t always kind to me.

“Imagine if we lived in a world where everything was accepted and met with love.”

It wasn’t until 2015, when she took on the role as queer character Wynonna Earp, that she felt comfortable in her sexuality.

“Through this incredible, enlightening journey of playing a queer character and meeting the fans that are drawn to her, I guess I’ve reevaluated how I am to face this part of me,” she explained.

“It has made me more certain than ever that I also have to at least try being brave and hopefully contribute to the positive ripple effect that is caused when we step up and live authentically.”

Dominique concluded her post by confidently stating: “I am queer. I am into ALL humans. I guess maybe I am just really into love? Who knows? But finally… I am OUT.  #OutIsTheNewIn.”