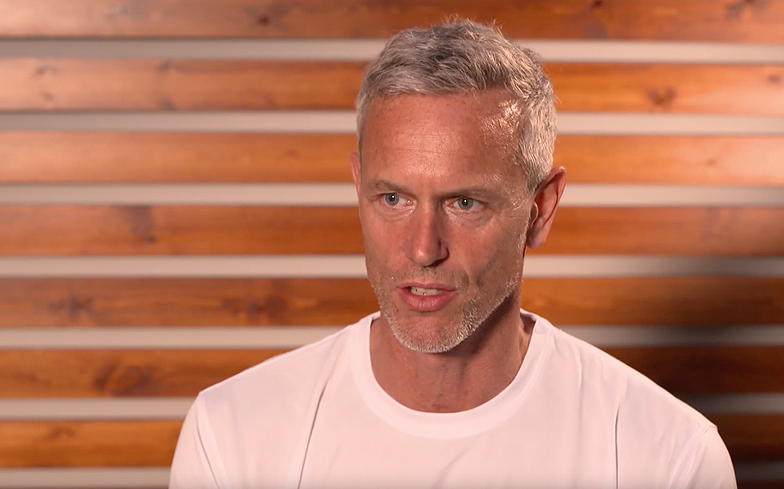 Over 30 years after he first started his career as a professional swimmer, Mark Foster has opened up about his sexual orientation in a new interview.

The former wold champion has spoken publicly for the first time about being a gay man, discussing why he waited so long to do so.

“It’s not like I’ve been pushed to come out,” he told The Guardian. “I’ve just swerved and swerved. Telling half-truths and not being my true self is only hurting me.

“I’m 47, a middle-aged man, and I’m no longer competing. And I’m not the first gay sportsman to come out. Gareth Thomas and Tom Daley led the way.”

Over the past 26 years, Mark has been in two long-term relationships with men, with his family and friends being accepting and supportive of who he is.

“I tiptoed around the issue for so long,” Mark said. “I got really good at the dance of telling half-truths.

“I’ve supported the Terence Higgins Trust, Stonewall, Ben Cohen’s Stand Up to Bullying campaign. But I’ve always done it under the radar.

“At the Sochi Olympics [in 2014] I did a piece for Huffington Post. I was shocked by the treatment of gay people in Russia and needed to say something – without revealing anything about myself. So I half-said something. It’s always been half-truths in public.”

Following his retirement, Mark became a pundit on the BBC, as well as competing in Strictly Come Dancing.

But despite being confident on screen, Mark admitted that he was nervous about doing his coming out interview.

“I was a little apprehensive but years ago I would have been fearful of how I would be judged,” he explained. “Maybe that’s me being older and having a long time to get used to the idea.”

He later added: “I wish I’d done it was when I was 21 and met my first partner. But I wasn’t ready. Sharing stuff was always the problem. I’ve got used to avoiding the truth and I never spent much time looking in the mirror.

“It’s a fear of being vulnerable because if you open yourself up you could be hurt.”

Mark revealed that certain parts of the mainstream media nearly coerced him into coming out sooner, but he wanted to do it in his own time.

“I didn’t want to be forced,” he said. “There was that stuff about Becky [Adlington] but she knows I’m gay and knows my other half. We’re good mates and when she doesn’t want to answer anything on live television she’ll squeeze my leg and I take over.

Talking about his coming out experience, Mark recalled: “I was closest to my youngest sister and I told her. A year later I told Mum. She cried at first because her immediate reaction was thinking no grandkids and what had she done wrong?

“But after five minutes she showed unconditional love. She cuddled me and said: ‘I love you to bits.’

“I wasn’t like Gareth Thomas [the rugby player who came out as gay when married]. I was never in that dark place. I’ve lived an openly gay life to my friends and family. But I always hid it as a swimmer.”