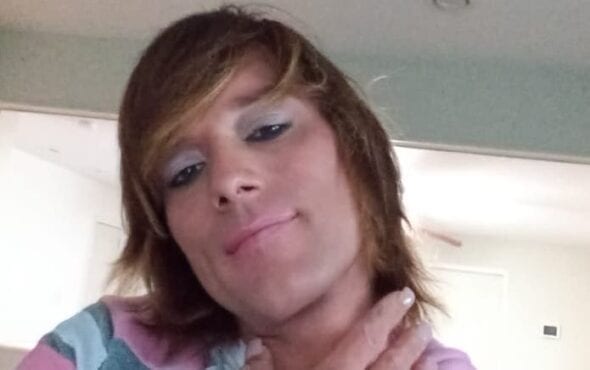 Jenna Franks’ tragic death is the 10th violent death of a transgender or non-binary person in 2021.

Franks’ body was found on February 24 in a wooden area near Ellis Boulevard and White Street.

It is reported that the Jacksonville Police Department were on the scene in the early hours of Wednesday afternoon (February 24).

Franks’ body was found murdered on a bike trail close to Ellis Boulevard and her death is being treated as a homicide.

In the police reporting and media coverage of Jenna’s death, she has been frequently misgendered.

WCTI-TV and The Jacksonville Daily News both deadnamed Jenna in their reportage.

Serena Sonoma, GLAAD’s Communications Coordinator, addressed the deadnaming occurring in media publications: “It’s unfortunate that North Carolina’s local media has failed transgender North Carolinians at a time when accuracy and representation are needed the most,” she said.

“What local media outlets will need to realize is that choosing not to respect trans identities opens the community up to discrimination, and potentially more violence.

“When we correctly identify trans people, we respect their authentic selves and allow space for nuanced discussions about the issues currently facing the community.”

Jenna, who was homeless, was a part of the Onslow County LGBTQ+ Community Center family and worked to help others struggling in the queer community.

Jenna Franks’ death is at least the 10th violent death of a transgender or non-binary person in 2021. Barely three months into the year, we’re already seeing an alarming rise in fatal violence against our community.

Dennis Biancuzzo, Executive Director for the Onslow County LGBTQ+ Community Center, described Jenna as “a beautiful soul” and “a breath of fresh air.”

Amber Franks, Jenna’s sister, has set up a raising fund for the Jenna Franks Interim Housing Project in honour of Jenna’s memory. The project will strive to provide housing and job training for LGBTQ+ individuals experiencing homelessness.

Tori Cooper, HRC Director of Community Engagement for the Transgender Justice Initiative, offered a statement on Jeanna’s death: “The fatal violence against transgender and non-binary people we’ve recorded so far this year has been devastating. Jenna had family, friends and a community who cared about her,” she said.

“Her life was taken far too soon. Homelessness is already high in trans communities, and is exacerbated by additional factors, such as the denial of job opportunities. These risk factors compound to create anti-trans stigma, which can often lead to violence.

“Everyone, from community organizers to those in government, needs to come together to implement lasting changes to support transgender and non-binary people.”