A lesbian woman is suing the US Department of Health and Human Services after her adoption application was rejected because of her sexuality.

According to her lawsuit, which was filed on 13 October, Kelly Easter wanted to help unaccompanied refugee children by becoming a foster parent for them.

Easter was sent to Bethany Christian Services, a federally funded foster care agency with a history of rejecting applications from LGBTQ+ parents, who denied her initial application.

The policy of LGBTQ+ applicants being denied the chance to apply officially ended in March 2021, though after submitting a follow-up request she was once again rejected.

The lawsuit states that a representative for Bethany told Easter that the office in Nashville (where Easter lives and applied to) is a sub-grantee of the United States Conference of Catholic Bishops (USCCB) – a group that still does not accept LGBTQ+ candidates.

As such, Easter is taking legal action against the Department of Health and Human Services, as this is responsible for the Administration for Children and Families and its Office of Refugee Resettlement.

“By preventing children under their care and custody from being placed in homes of LGBTQ people based on USCCB’s religious beliefs, the Defendants — through USCCB and its subgrantees — not only discriminate against LGBTQ people, but also effectively disregard the non-Catholic identities and beliefs of many of the unaccompanied refugee children for whom they are responsible,” the lawsuit explains.

It continues: “This conduct potentially increases those children’s alienation and vulnerability, while denying them access to loving homes that could serve them best — all at federal taxpayers’ expense.” 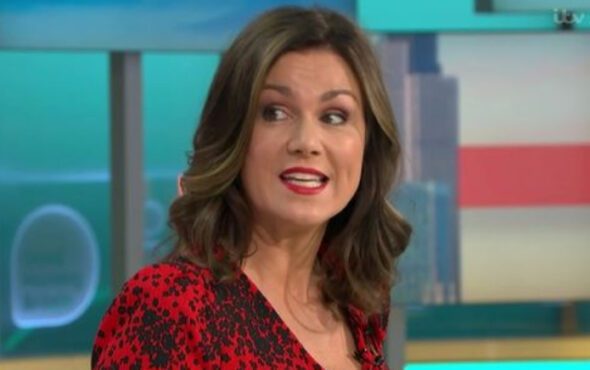 GMB’s Susanna Reid apologises for asking lesbian couple: “Who wants to be mum?”

According to NBC News, a spokesperson for the Administration for Children and Families said that as with any lawsuit towards the federal government, it will respond in time.

“HHS is committed to protecting the rights of LGBTQ+ individuals and ensuring access to our programs and services,” it added.

According to a news release from Easter, she is “more concerned about the children” who continue to have no parents to look after them at present.

“It hurt to be turned away — twice — solely because of my identity,” she states. “I’ve been a Christian since I was a little girl and my personal relationship with God is the most important thing to me. I also know that LGBTQ people can have thriving families and that they are as important and deserving as any other. How can the government tell me that my beliefs are wrong?”

Easter continues: “I am qualified and can provide a safe and stable home for a child,” she said. “How is it better for them to stay in a group setting instead of a home with someone who can care for and support them adequately?”

Under federal law, federal contracts and federally funded programs should not discriminate because of sex – which the Joe Biden administration widely views as including sexual orientation and gender identity.