Woman pushes anti-gay priest off stage in front of 50,000 worshippers 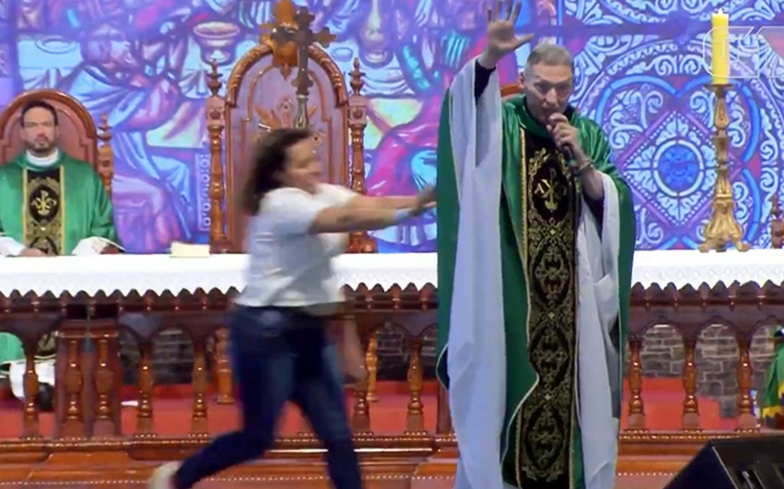 Clips of the moment have since gone viral.

During a mass service in Sao Paulo, Brazil on Sunday (14 July) afternoon, one of the country’s most famous priests, Father Marcelo Rossi, was shoved off stage by a woman who ran past security and onto the stage with him.

The shocking moment happened in front of an estimated crowd of 50,000 people, and was also broadcast on television.

According to various Brazilian news outlets, the unnamed woman is 32-years-old and had travelled from Rio de Janeiro with her three-year-old child to attend the event.

It’s unclear why she pushed Rossi, but Brazilian newspaper O Dia have reported: “She said that she wanted to come in to talk to him and that she was scared the moment she saw the security guards running after her”.

Rossi was not injured by the fall, and was able to continue his sermon just minutes later. He will not be pressing charges against the woman who pushed him.

According to Queerty, Rossi has a history of anti-gay remarks. In 1998, he called homosexuality “an illness” and in 2014 said: “Sex between man causes pain, if something causes pain, it can’t be a good thing.”