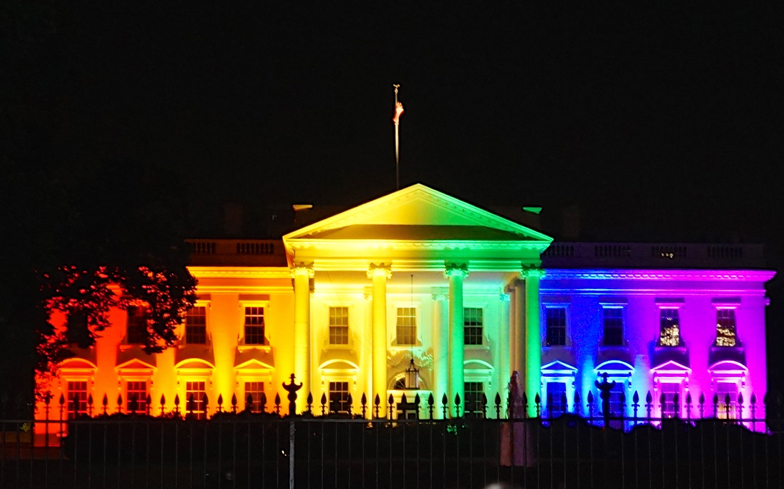 It defintely has nothing to do with the current incumbent.

The report said the rise could’ve been “possibly fueled by continued anti-LGBTQ sentiment and policy emanating from government officials” especially those from within the Tr*mp administration.

The report says: “Anti-LGBTQ groups have become intertwined with the Trump administration, and — after years of civil rights progress and growing acceptance among the broader American public — anti-LGBTQ sentiment within the Republican Party is rising.

“Though Trump promised during his campaign to be a ‘real friend’ to the LGBTQ community, he has fully embraced anti-LGBTQ hate groups and their agenda of dismantling federal protections and resources for LGBTQ people.”

However, the report was slammed by Republican figures, with openly gay White House spokesman Judd Deere — yes, the same one who tried claiming that Mike Pence wasn’t homophobic because he had met a gay person — telling NBC that the SPLC was a “far-left smear organization.”

He added: “While the radical left has pushed false accusations that LGBTQ Americans are threatened, the president has hired and promoted LGBTQ Americans to the highest levels of government, including positions at the White House, Cabinet agencies and ambassadorships.

“He launched a global campaign to decriminalize homosexuality. … And the president has made the bold declaration that we are committed to ending HIV transmissions in the United States within 10 years.”

Although it’s true that Tr*mp promoted Richard Grenell to Director of National Intelligence, this is only a temporary role, and Grenell is the only openly gay person in his Cabinet. It’s also worth noting that when asked about his plans to decriminalise homosexuality worldwide, Tr*mp was unaware of them.

Geere also conveniently misses out in his defence of Tr*mp the fact that the current administration has, among many many other things, banned trans people from serving in the military, allowed adoption agencies to discriminate against same-sex couples, is arguing for the right to fire people because of their sexual orientation in the Supreme Court and backed Idaho in its bill which banned trans athletes from competing in sport.

The Tr*mp Accountability Project from GLAAD currently counts 136 attacks against the LGBTQ community since the president took office.