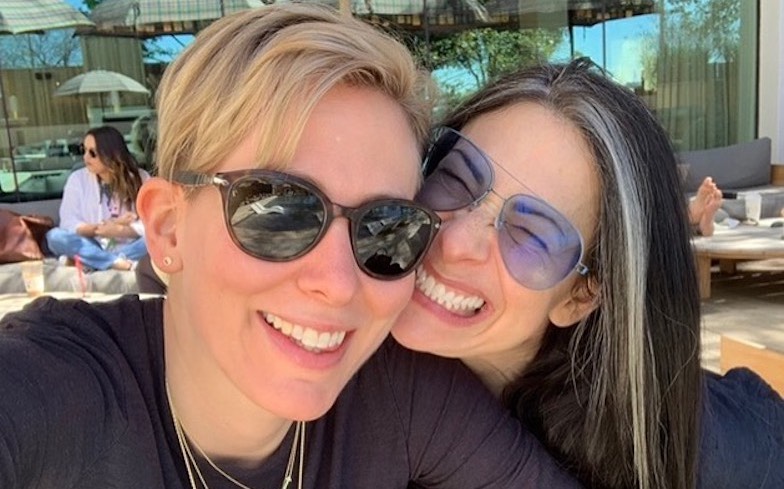 Television personality and stylist Stacy London has introduced the world to her girlfriend.

The star, who’s known for her time as a co-host on What Not to Wear, addressed rumours of her sexuality by confirming that she’s involved with musician Cat Yezbak, which she says is her first “serious relationship with a woman”.

“I may as well address all the stuff I hear floating around out there. 2019 has been a crazy year for lots of reasons,” she wrote on Instagram. “This 1st year of coping with grief and a lot of unforeseen health issues was, at times, such a truly dark place to be.

“But as with most of life, there has been such incredible joy as well and the person most responsible for that is @catyezbak, who is my girlfriend and has been for over a year. Some of you may have guessed that already.”

Stacy continued to say that she’s not “paraded” Cat around on social media because she wanted her first relationship with a woman to be kept private, adding that she would never keep her love for her secret “out of shame”.

“It’s really easy for me, a privileged white woman who is 50, to suddenly say “I’m dating a woman” with very few repercussions and I am well aware of that,” she added. “Unlike me, there are countless people in the LGBTQIAP community who have had no choice in who they are, no love from family on which to lean, no support from anyone anywhere.

‘I fell in love, truly in love, with this beautiful, sexy, kind soul and I won’t apologize for that but I stand on the shoulders of a community that fought like hell for me to be able to do that openly and proudly and EASILY. It’s one thing to SAY Love is Love.

“It’s another thing to say Love is Passion and Devotion and Sex and mean it without shame or prejudice when talking about the same sex. So I used to date men. Now I date her. That’s it. That’s all I have to say. Happy New Year to each and every one of you.”

Stacy ended her post by wishing her followers a fantastic 2020 and informing them that she will not tolerate any hate on her page.