What makes an LGBTQ icon? The Queer Me Out panellists discuss 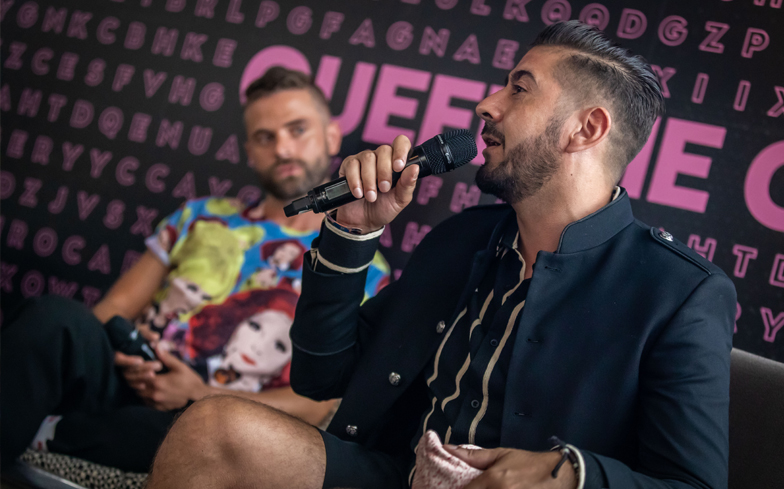 What is an icon? They are people who have challenged the status quo to inform culture, lead communities and create change.

That’s why there are so many queer icons we celebrate; LGBTQ people who, in the face of discrimination and adversity stand up to resist patriarchal, heteronormative society.

For our latest Queer Me Out panel in collaboration with W Hotels, we went to W Amsterdam to discuss Future Icons For A New Generation. To start the panel, each guest was asked who their queer icon is.

Haai praised The Black Madonna and her We Still Believe parties that create safe social spaces at huge clubs and festivals across the globe.

“She’s really inclusive with her parties,” Haai explained. “She wasn’t following what other people were doing.”

Darling Peter said his queer icon is the generation of LGBTQ people who fought for the rights we all enjoyed to today.

Lyzza went one step further and said her queer icon is the Mother of the Movement herself, Marsha P Johnson. But while we all celebrate and acknowledge the incredible impact and contribution that Marsha P Johnson gave to the community during her lifetime, Lyzza noted that people sometimes forget that she did so in extremely challenging circumstances.

“I think a lot people forget that sometimes being a trailblazer is scary and anxious and intense, because the people who have been the trailblazer have had to go deep into themselves and find out who they truly are,” Lyzza said.

“They have the courage to show that on the outside. The things we have to remember about these icons is that, as much as they seem very powerful, people like Marsha P Johnson and Leigh Bowery and these queer people who put themselves out there all the time, they are usually the unhappiest in their lifetime because they are the only people who are standing up for being who they truly are.

“As much as it’s a positive thing to talk about trailblazers, they’re always the ones doing the emotional work. Nowadays you can easily research, but we still have to be the one to stand up and be like, ‘Hey, I’m different’. We have to be the elephants in the room all of the time.” Lyzza also spoke about how visibility in the mainstream and safe spaces for queer people are lifelines.

“Visibility is so important,” she said. “We are constantly being other’d and we live a life of being other, so there has to be spaces where the others can be the norm.”

Queer Me Out is the innovative speaker series launched by W Hotels back in 2017.

Discussions take place throughout the year at their hotels across the globe, truly amplifying the voices of LGBTQ people on an international scale.

GAY TIMES has also collaborated with W Hotels on Queer Me Out events at the W London and W Paris this summer, with the final one to take place at W Barcelona in September.