What does Joe Biden’s win mean for LGBTQ+ people?

Both US presidential candidates claimed to support LGBTQ+ people. Only Biden meant it. Here’s what his victory will bring to the table. 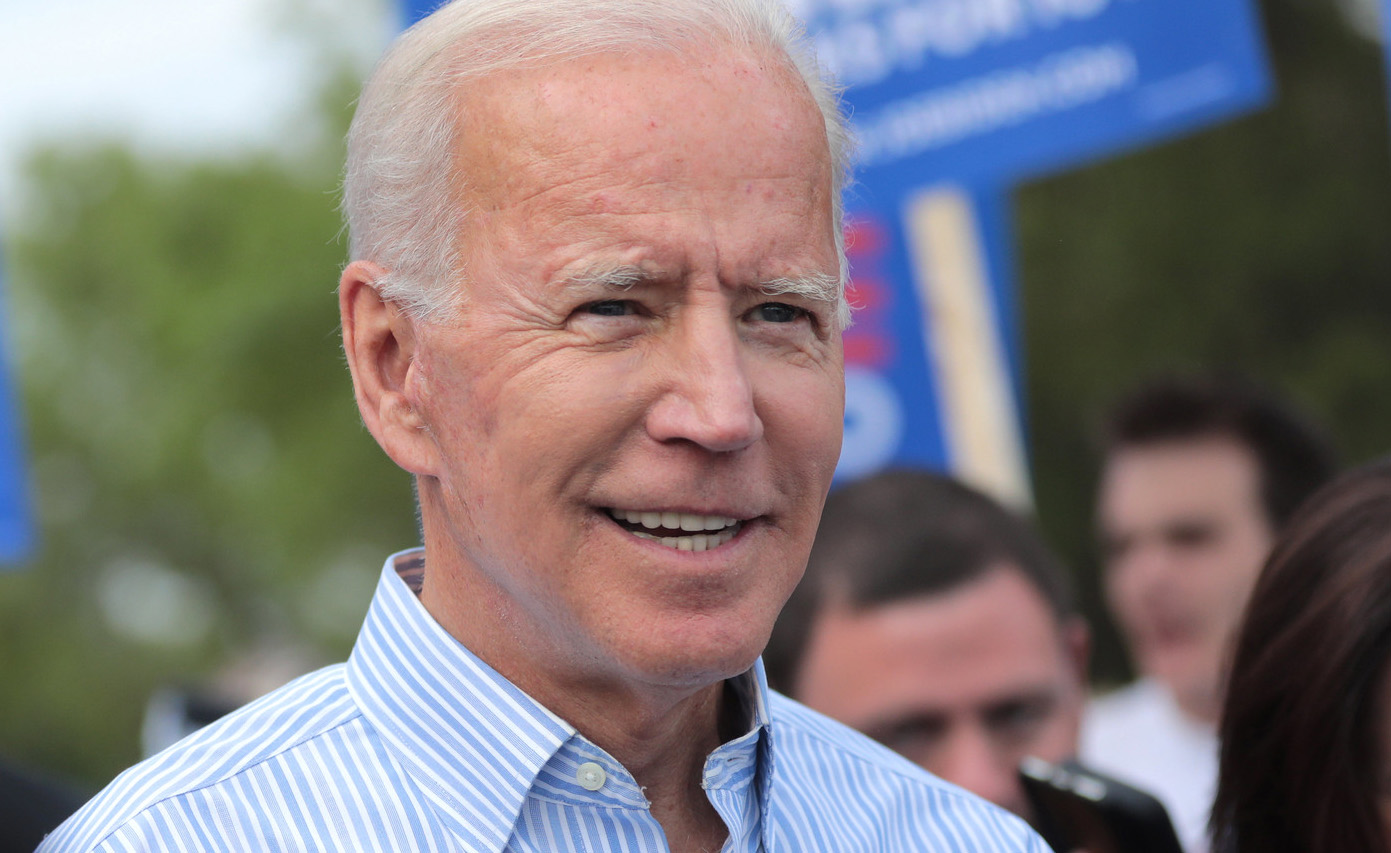 After four tense days of manicured nail biting, Joe Biden won the US presidency on Saturday. The mounting intensity of this election—which brought out more voters than ever before in the country’s history—finally broke into an avalanche of tear-inducing relief and celebration across the globe. Cars honked as masked Americans flooded the streets of Philadelphia, Los Angeles, New York, and the like, singing and dancing in disbelief. A traumatic year ended, finally, with a win.

Biden’s triumph, as far as the LGBTQ+ community goes, means things can move forward again. With Trump, our rights were being stripped away. In order to understand what Saturday meant for queer people’s futures, we have to contextualize with a brief look at each candidate’s past.

As far as being an ally, Trump talked-the-talk but never walked-the-catwalk. Actually, he had the women in his family do a lot of the talking for him. As a last minute appeal to the community, Trump’s youngest daughter Tiffany spoke at a Trump Pride event in Florida. “Prior to politics, he supported gays, lesbians, the LGBTQIA+ community” she said to a reported 150 attendees. “My father has always supported all of you…he’s never done it for politics.”

Similarly, Trump’s daughter-in-law Lara Trump spoke at a Philadelphia event, calling him “the most pro-gay president in history.”

Melania Trump (“Auntie Gay,” for those of us in the know) released a video stating that she was shocked to discover that some “powerful people have tried to paint [her] husband as anti-gay.”

But this was a fictional narrative. In reality, Trump’s actions proved to be anything but supportive of the community. GLAAD’s incredible Trump Accountability Project lists 181 direct and indirect attacks on LGBTQ+ people in 1,386 days (which is a little over one attack per week). He and his administration backed discriminatory legislation that endangered queer people’s rights to affordable housing, bank loans, employment, education, the ability to adopt, and more. In case the message still wasn’t clear, he banned the LGBTQ+ rainbow flag from flying at US embassies internationally. 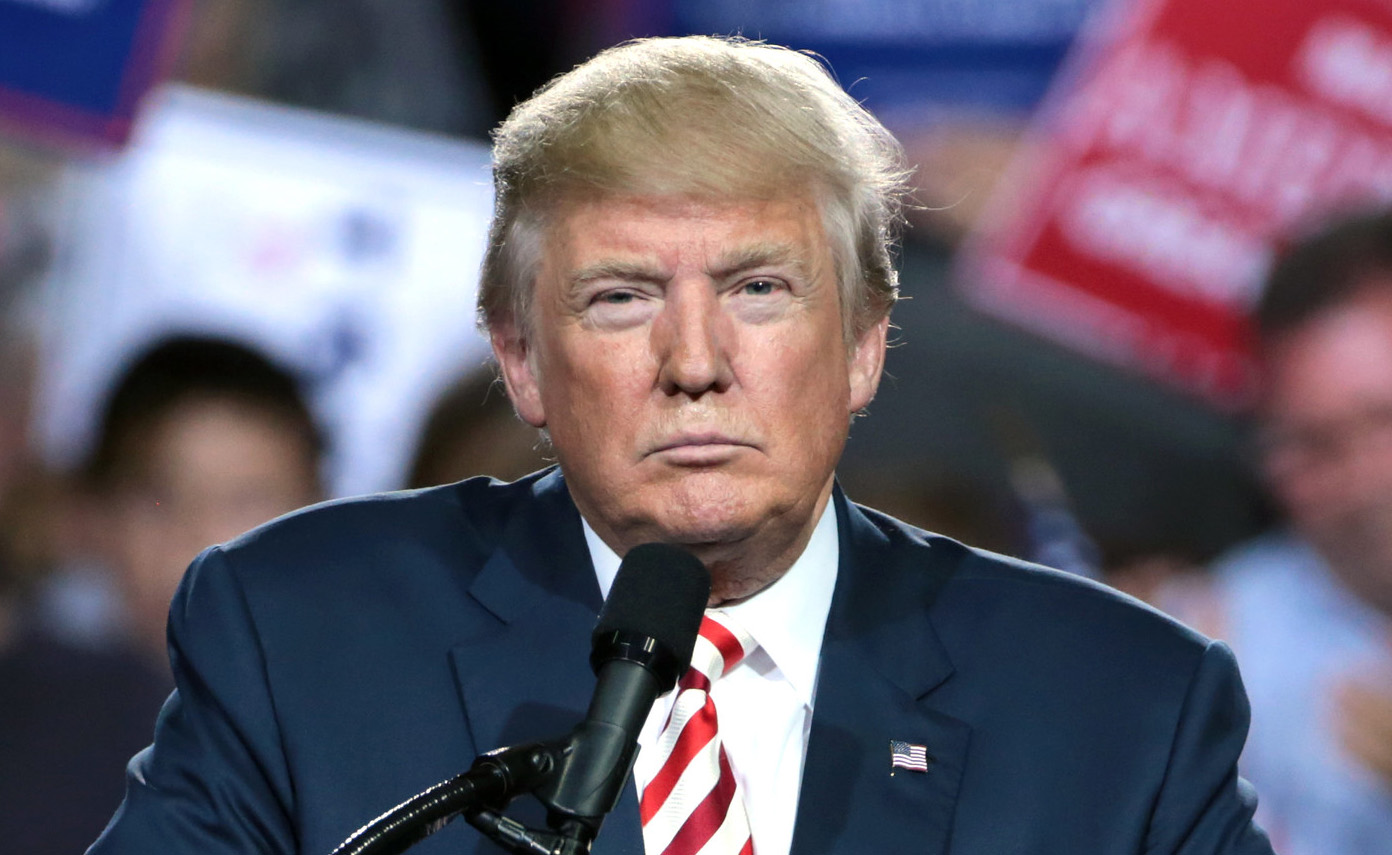 Trump proved to be the Queer-Rights-crisis version of “what you ordered vs. what you got.” He promised one thing and then did another.

But out with the old and in with the—well, also old, actually. Despite Biden’s being 77-year-young (making him the most elderly US president ever), he’s shown a much more modern and supportive approach to the community.

“It was Biden, as Vice-President, who supported gay rights before President Obama,” says David Richards, an NYU professor and American constitutional lawyer. He also recalls Biden’s “warm support” in 1987 toward those who testified against Robert Bork’s nomination for Associate Justice, leading to “the appointment of Justice [Anthony] Kennedy, the moist important advocate of gay rights on the Supreme Court.”

“These are remarkable achievements,” Richards continues, “and, as an advocate of gay rights, Biden is on all accounts superior to Trump. Trump has shown no such support and indeed active hostility as is shown both by his recent nomination to the Supreme Court and his policies hostile to forbidding discrimination against LGBTQ+ people.”

Looking forward, Biden recently promised to pass LGBTQ+ rights legislation in his first 100 days of office. He deemed the Equality Act a “top legislative priority.” Trump’s administration, on the other hand, opposed the act and stated that it would “undermine parental and conscience rights.”

The Equality Act would protect Americans from discrimination based on sexual identity or gender identity as an amendment to the 1964 Civil Rights Act (which prohibits discrimination based on race, religion, sex, and national origin). For reference, it wasn’t until June of this year after the Bostock v. Clayton County case that LGBTQ+ employees were protected from being fired for the above reasons. Until then, in places like my home state of Pennsylvania, an employer could have legally told me that they do not hire gay people. The Equality Act would further this protection by criminalizing discrimination in the exact same realms where Trump’s administration fought for it—education, housing, health care, etc. It is going to be one of, if not the, most monumental step forwards for the community ever.

The Biden administration will likely overturn homophobic precedents and laws in place from Trump’s executive orders.

“The Democratic party, while not initially accepting of the community, advocates for equal marriage for all people,” says Ethan Kelly, Founder of Let’s Talk Elections! “The Biden administration will likely overturn homophobic precedents and laws in place from Trump’s executive orders.” Trump’s platform believed marriage should be between a man and a woman. It thus condemned “the 2015 historic ruling in favor of gay marriage. Given that Trump would [have] served alongside a 6-3 majority Supreme Court, it’s possible that the marriage equality ruling would be overturned in a new case.” Even more frightening is that “Trump would have no more re-election bids to worry about, and could push a Republican agenda as outlined on the GOP 2020 platform.”

Of course, for a nation as socio-economically lopsided as the US, Biden’s win is even more significant for LGBTQ+ people within other minorities.

While this weekend is without a doubt a time for celebration and gratitude, it’s critical to caveat the new job at hand.

“Biden isn’t a perfect candidate with LGBTQ+ issues,” Vicente notes. “We all know that we have to push the Biden administration to be better. But overall, we would be fighting in court to make morose progress, whereas under Trump, we [would have been] on the defensive, trying to prevent the extension of policies that have hurt our community already.”

“Regardless of who [won the election], the LGBTQ+ community must continue to be vigilant to ensure your health and rights are protected,” says Preston Mitchum, Adjunct Professor of Law at Georgetown University Law Center. “This is particularly true for Black and brown queer, trans, and non-binary people who experience police violence, have higher rates of HIV, [face] increased discrimination in healthcare and employment, etc. While we certainly need a friendlier administration to ensure we have protections such as the Affordable Care Act, we should in no way pretend that either administration will freely give us the justice and liberation we deserve. No elector system can do that. We must continue to organize, build community, and create policy change full time. Our lives depend on it.”

That said, the win still sets a new tone. For those of us who remember being queer little kids, aware that a majority of the world did not accept us for who we were, afraid of growing up into a life that was deemed “wrong” and thus harder than others, things really have gotten better. And for those of us in less open-minded places or situations, it’s proof that things can get better, if we just fight. 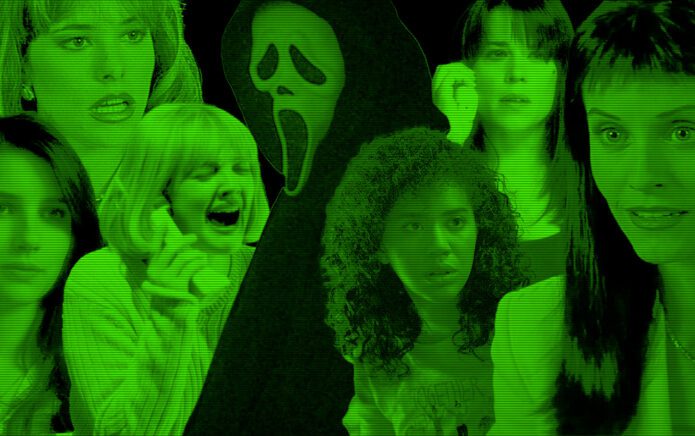 From the infamous Gale Weathers bangs to cameos from gay icons, the Scream films boast some of the campest moments in horror history.