What does it mean to be LGBTQ in 2018? Qmmunity explores that question in their first podcast 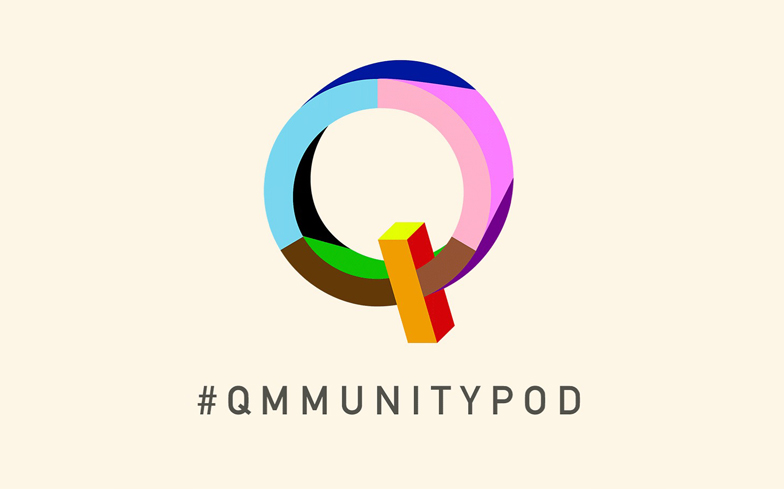 Today sees the launch of a brand new podcast that will explore what it means to be LGBTQ in 2018 for through a series of discussions.

Co-hosted by Alexis Caught and Christania McPherson, Qmmunity will explore conversations that need to be brought to the forefront of our community, bringing together people from across the spectrum of the LGBTQ initialism that may not usually come in contact with each other on a daily basis.

The hope is to dissect the current state of the LGBTQ community, from our successes and where we are going, to the challenges we still face, and the discrimination that exists from within the community itself.

The first episode touches upon the vast question: what does it means to be LGBTQ in 2018?

The podcast explores what it means to come out, and what the idea of community means for LGBTQ people today.

“I feel like community is almost a support group,” Steffan says. “When I hear the word community, I feel a sense of warmth.”

Related: Qmmunity is a podcast hoping to bring the LGBTQ community closer together

However, Chloe added that she doesn’t necessarily feel like there is the level of solidarity within the community that there should be.

Touching upon the fight for equal marriage for same-sex couples, Chloe explained that it “really didn’t create change for trans people because we’re more about our gender.”

She added: “I would see myself as a heterosexual and like, what does that mean when I’m coming to a club and gay guys are not looking for me basically?

“So yeah, there is a lot that we actually need to talk about and if we actually want to, again, maintain this LGBT and the T not falling off it.”

Reeta, meanwhile, spoke about the intersection of her identity as a queer Asian woman.

“I was exploring my queer identity in one place and separately exploring my cultural identity or ethnicity,” she explained. “So the two were not coming together, so I felt that I was building community in spaces and with people and making those connections but I wasn’t doing that and I didn’t feel whole really.

Talking about the moment LGBTQ people come out to their friends and family, Lewis said: “You actually have to completely deconstruct everything that you’ve been taught from that moment of how life should be, how society will accept you and rebuild who you were supposed to be.

He added: “Like, when I think when I came out as gay, I didn’t really know anything about the LGBTQ community. I barely knew what it meant to be gay. And so that’s been a journey of discovery for myself, but through my twenties when you’re supposed to sort of be the responsible adult and know everything.”

You can stream the first episode of Qmmunity in the player above, or download the episode on Apple Podcasts for your iOS device here.

For more information about Qmmunity, you can visit their official website here.