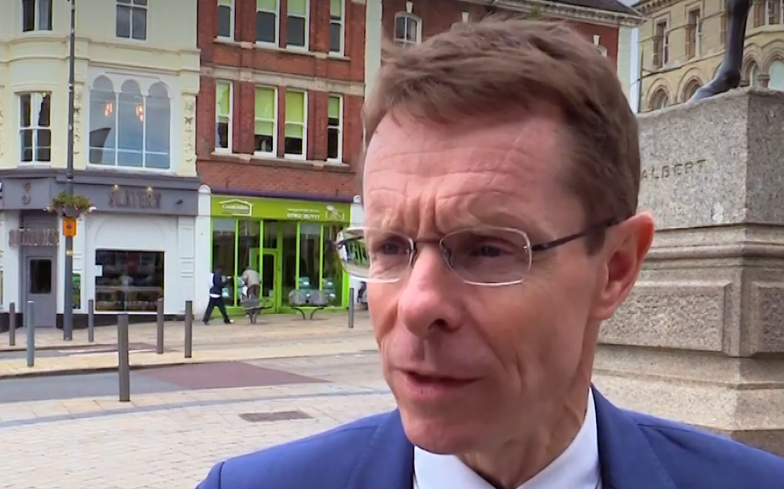 The openly gay mayor also called on the current government to strengthen guidance over equality teaching.

The mayor of the West Midlands, Andy Street, has called on the “homophobic” protests outside of primary schools teaching  ‘No Outsiders’ to stop.

Speaking to BBC News, Andy Street, who is openly gay, said that he was in a state of “disbelief” over some of the material that has been distributed at protests against the program.

He told BBC News: “If you look at the literature and the banners, the first reaction is disbelief actually [that] it could be said in this day and age.

“You look at what’s being said and it’s really upsetting but it is actually ultimately homophobic and it is illegal and it has to stop now.”

He added that the point of No Outsiders had been “misunderstood entirely” by protesters. “Teaching [that] society contains different types of people and mustn’t be too obsessed by the LGBT element of this debate because the principle at stake is much broader than that,” he said. He continued, saying: “I hope that there will be discussion between the school and the parents of children in that school. One of the issues here has of course been that a lot of the demonstrators are not parents in that school.

“Of course, I respect the right of parents to be deeply, deeply concerned about what happens in their children’s school, but this protest has been somewhat moved away from that.”

The mayor spoke about his support for the injunction that was granted against the protests, and urged the government to take firmer action on its guidance over how equality is taught in schools.

Referencing Sarah Hewitt-Clarkson, the headteacher at the Anderton Park primary school, who has previously spoken about threatening phone calls and emails she’s received, he said: “I think it would be a much better situation if there was less about her judgement and much more about guidance that is general and is clearly followed by primary schools.

“It’s a very tough situation for this head teacher to have been put into, that’s why I say I would like the DfE [Department of Education] to be clearer still about what its requirements are.”

Fatima Shah, a parent of a child at Parkfield, had previously said: “We are not a bunch of homophobic mothers, we just feel that some of these lessons are inappropriate. Some of the themes being discussed are very adult and complex and the children are getting confused.”

Related: Khakan Qureshi on Birmingham’s No Outsiders protests: ‘As a gay Muslim, I’m trying to see it from both sides’