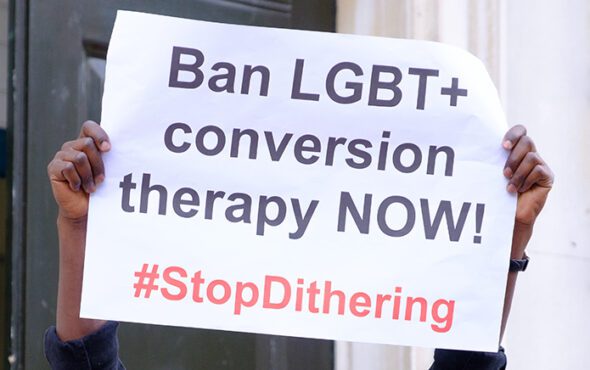 The Welsh government has announced how it plans to advance its ban on so-called ‘conversion therapy’ after Boris Johnson’s flip-flopping on the issue.

Hannah Blythyn, the country’s Deputy Minister for Social Partnership, stated that NHS Wales has signed up to a Memorandum of Understanding (MoU) to prohibit the practice.

In effect, organisations working in mental or psychological health that sign it make a commitment to not provide or commission ‘conversion therapy’ in Wales.

“As a government, we’ve committed to ensuring that we become the friendliest LGBTQ+ nation in Europe, where no one is left out or left behind,” she said on 25 April.

“Today I am announcing several further steps Welsh Government is taking towards making ‘conversion therapy’ a thing of the past.

Blythyn also confirmed plans to “better understand” how victims are affected by it to ensure any ban covers all of the “key elements” it needs to.

She added: “Alongside this, work will be undertaken to better understand the impact of ‘conversion therapy’ on survivors to enable support services to be improved and we will establish a working group of experts, to include representatives from faith communities; the health and social care sector; and children and young people’s representatives, alongside LGBTQ+ people to help with this work and advise on key elements as a ban is developed.”

This is beyond awful.

The Tories are going back on their pledges to LGBT+ people.

Instead they are creating a hostile environment by giving a green light to “conversion therapy”.

They aren’t your allies – and they’re not on your side. https://t.co/QJ8UwrQ3Ay

In a joint statement, Dr Frank Atherton, Chief Medical Officer for Wales, and Judith Paget, Chief Executive of NHS Wales, said: “The Welsh Government and NHS Wales fully support the banning of LGBTQ+ ‘conversion therapy’, witnessed through our signing of the MoU with the Coalition Against Conversion Therapy.

“We stand united in our desire to make this abhorrent practice illegal and believe this will offer an important opportunity to support those at risk of conversion therapy as well as victims and survivors.”

Rounding out her announcement on attempting to progress plans for a ban in Wales, the Deputy Minister said she is “confident” the actions will help “make Wales the most LGBTQ+ friendly nation in Europe, where every corner of our country is a safe place for LGBTQ+ people to live openly and authentically as themselves.”