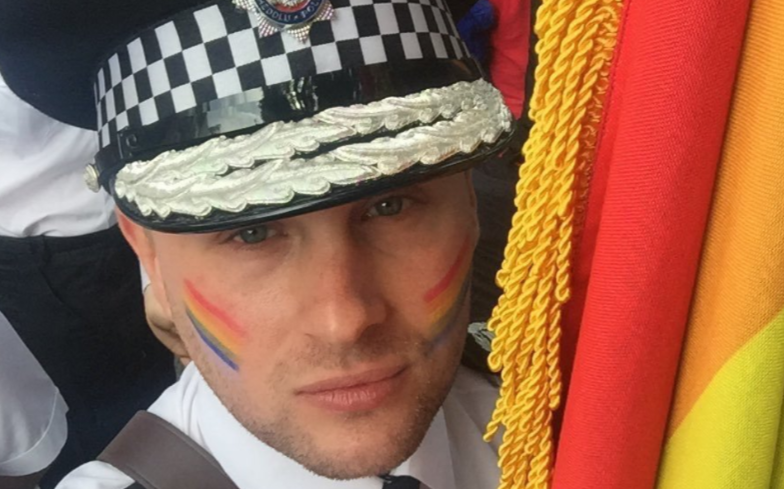 Cairn Newton-Evans said that he hoped his award would inspire other members of the LGBTQ community.

Cairn Newton-Evans, a Chief Officer in the Special Constabulary of Dyfed-Powys Police, has been awarded a British Empire Medal in the New Year Honours for services to policing and the LGBTQ community.

The medal is only given to those who have shown “meritorious civil or military service worthy of recognition by the Crown.”

Speaking to BBC News about the award, he said: “I’m absolutely ecstatic and I hope it will inspire other members of the LGBT community to stand up.

“I never thought of any award – it is a complete shock.”

Tweeting about the award, he said: “Very honoured to be listed amongst such Inspirational people, but also to be utilising my experiences as a victim and an officer in my new role as a lecturer at @UWTSD, and helping train the next generation of public service leaders. So very grateful of the opportunity.”

Cairn Newton-Evans joined the Special Constabulary ten years ago, after he was assaulted in a homophobic attack, which left him requiring surgery.

Speaking to Newsbeat, Newton-Evans said: “Knowing that people saw me getting attacked and nobody phoned the police or for an ambulance meant I lost confidence in my local community.

“The way the attack was dealt with meant I lost confidence in the police service too.

“I had massive anxiety issues, I was scared to leave the house on my own, it had a big impact on my mental health.

“By joining the police I wanted to turn a negative experience into a positive one, and try to make sure no one else went through what I did.”

Cairn-Evans isn’t the only person being recognised for their servies to the LGBTQ community in this year’s New Years Honours. Paramdeep Singh Bhatia, the founder of Sarbat, the world’s first group for LGBTQ members of the Sikh religion will receive an MBA.

Transgender solider Hannah Graf will be receiving an MBE, Susan Douglas-Scott, the chair of the Independent Living Fund Scotland will receive an CBE for services to human rights, disability and LGBT rights.

Dr Neil Bentley-Gockmann, the Chief Executive Officer at WorldSkills UK, and former leader of OUTstanding will be receiving an OBE and Belinda Jane Davis will receive the Queen’s Police Medal for championing LGBTQ rights in Wales.