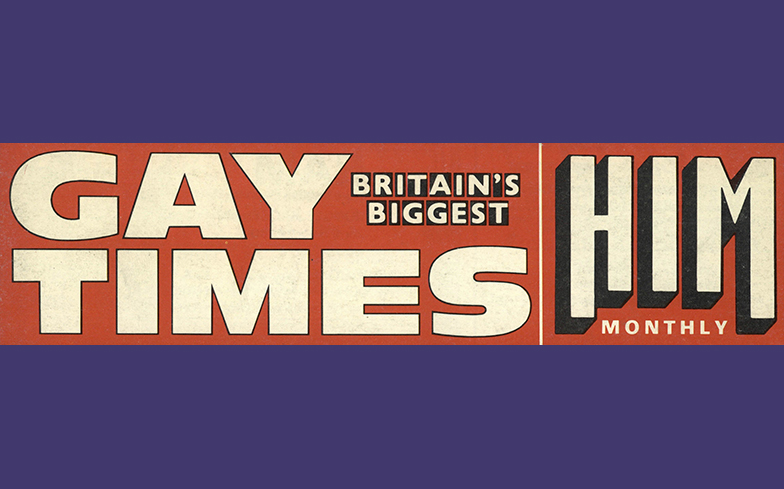 For 500 issues, Gay Times Magazine has been at the forefront of amplifying the voices and experiences of LGBTQ people in their march towards true equality.

In 1984, the GAY TIMES brand first appeared on the cover alongside our parent title HIM. It marked the start of a shift in queer storytelling and reporting, proudly and unapologetically printing the word ‘GAY’ on the masthead every issue. Over hundreds and hundreds of covers, Gay Times Magazine has chronicled the tragic lows and historic highs of the queer experience during the past 35 years.

We’ve had queer icons like David Bowie, Elton John, Dusty Springfield and George Michael grace the cover. We’ve paid tribute to the victims of the HIV/AIDS epidemic, the late Princess Diana who was a staunch ally of the LGBTQ community, and the victims of the Pulse shooting in Orlando.

We’ve also had fun with cultural touchpoints that resonate with the LGBTQ community, from Tales of the City’s original run in the ‘90s and featuring the Golden Girls at the peak of their popularity, to the rise of Lady Gaga during her breakthrough and now the new school of queer icons like Olly Alexander, Laverne Cox and Queer Eye’s Fab Five.

Flicking through our archive highlights not only the journey the LGBTQ community has been on over the past four decades, but how we as Europe’s longest-running queer publication have evolved.

To mark 500 issues, we’ve picked out five memorable covers from our history so far that reflect moments in time and how we responded to them. Of course, there are many many more, but we hope you enjoy this brief trip down memory lane.

In November 1984, within a year of becoming a household name in the UK, British band Bronski Beat graced the cover of Gay Times Magazine. It was a month after their iconic debut album Age of Consent was released; a record titled to highlight the inequality of the age of consent for sexual activity between heterosexual couples being 16, but 21 for sexual acts between two men. Lead single Smalltown Boy remains one of the most electrifying queer anthems of all time, and Bronski Beat are a prime example of the power that music can have in challenging and highlighting social and political injustices on a huge scale.

The androgynous face of the 80s, actress, model and singer Grace Jones is the definition of a gay icon. Her transgressive style and stage presence unified the oppressed masses by providing a role model who lived completely freely, and her subversion of gender-norms in the public eye gave new hope to the emerging LGBTQ population.

In November 1991, the world mourned the passing of Freddie Mercury from an AIDS-related illness. It wasn’t until our January 1992 issue that former Gay Times Magazine Editor-in-Chief, John Marshall, prasied him as “a classic bohemian” in an obituary, with the performer in his classic yellow jacket emblazoned on the cover in tribute. Marshall describes Mercury as “the most blatant, outrageous and exciting exponent of a particular sort of gayness that the pop world has ever seen.” Over the page, however, the popular Gay Times Magazine Media Watch coulmn highlighted the poisonous rhetoric used against LGBTQ people during the HIV/AIDS epidemic in the tabloid press. “Don’t Cry For Killer Freddie” a headline in The Daily Sport read, while another in The Lancashire Evening Telegraph stated “Queen’s Queen Only Got What He Deserved.”

On 12 June 2016, a lone gunman opened fire inside Pulse, a gay nightclub in Orlando, Florida, killing 49 people. 53 others were wounded. We dedicated Issue 461 to those lives lost, those injured, and the broken queer families that have spent every day since the tragedy trying to rebuild their lives. This special edition of Gay Times Magazine featured interviews with political leaders, LGBTQ activists and those affected by the tragedy. Today, a copy of the issue sits in the official Stonewall archives in Florida.

In July 2018, following our refocus to better serve all parts of the LGBTQ community, we launched a cover that had one of the most resoundingly positive responses in our recent history. UK Black Pride co-founder Lady Phyll looked powerful and majestic on the front of Gay Times Magazine in a cover shoot photographed by Kofi Paintsil. The magazine coincided with the UK Black Pride celebrations that were to happen that summer, while also highlighting the work the organisation does to support queer people of colour all year round. “Until we all have the same rights, until we have proper access to housing, to health, to school, to education, then there will always be a need for Black Pride,” Phyll said to Otamere Guobadia for the cover story.