Waitress gets fired for refusing to serve transphobic customers 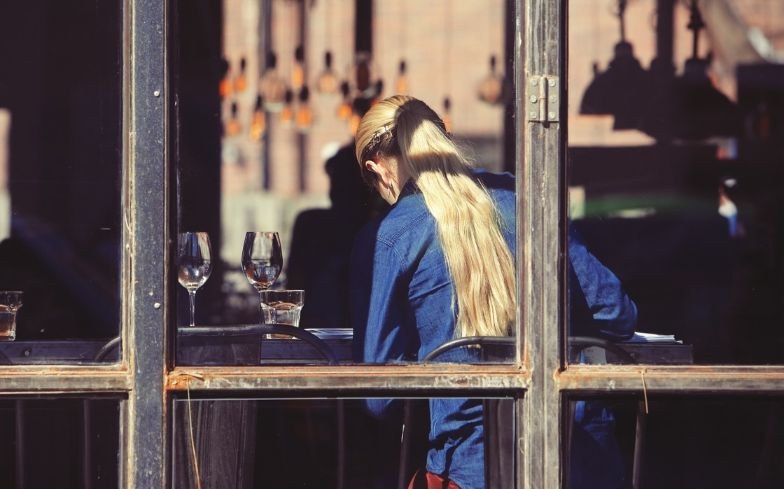 Brittany Spencer, a waitress, has been fired allegedly for refusing to serve a table after they expressed transphobic views in regard to another customer. Spencer was working at Fat Joe’s Bar & Grill in Fond du Lac, Wisconsin.

Spencer spoke to WTMJ-TV Milwaukee, saying: “They [the customers] were asking me if I thought it was disgusting and wrong and why we would let someone like that into the establishment.

“To which I answered, no, I do not agree with that and walked away.”

She then went to her manager and asked if a different server could do the table as she didn’t feel comfortable. However her manager refused to let her swap the table. “She essentially told me to suck it up or go home,” Spencer explained. “To which I said, ‘Okay, I will leave.’”

After returning home, Spencer wrote about the incident, which led to management firing her. After her firing, she posted again saying: “I WAS FIRED FROM MY JOB BECAUSE I REFUSED TO WAIT ON A TABLE WHO WERE MAKING TRANSPHOBIC REMARKS ABOUT GUESTS AT ANOTHER TABLE.

“But I’ll always choose my morals over money. See ya. Please feel free to leave a review on their Facebook page, Fat Joes bar and grill.”

Some of the reviews of the restaurant got so negative and vitriolic, that they temporarily took the page down.

Defending Spencer’s firing, Tad Wallander, an owner of the establishment, said: “We don’t discriminate against anyone. If you want to walk in our front door and you want to have our food or drinks, watch TV, watch live music we provide, we’re going to serve you as best we can and make you happy to your standards.

“I’ve been in the service industry for a good 15 years and I’ve heard hundreds of conversations I didn’t agree with but it’s a matter of fact of brushing it off and having to tough it out through your task.

“She took her moral beliefs and hey, everyone has their moral beliefs. I’m not going to hold that against anyone else. She refused to do a duty we hired her for.

“That’s the bottom line in a nutshell. If you’re not going to do your duty, you don’t have to work that night. We’ll just send you home.”

He said managers would also send home workers who were discriminating against trans customers.

In response, Spencer said: “Ignoring hate and ignoring people talking like that is not being neutral. That’s allowing hate to happen in your establishment and I didn’t think that was appropriate so I left.

“Turning a blind eye to hate is just as bad as saying the hateful things in my opinion.”

Spencer has since confirmed she is filing a complaint with the Equal Employment Opportunity Commission.

However, Title VII of the Civil Rights Act, which protects people from sex-based discrimination has occasionally been interpreted as a protection for LGBTQ people.

The three cases that the Supreme Court will be taking on relate to Donald Zarda, Gerald Bostock and Aimee Stephens. Donald and Gerald’s cases relate to them being gay, while Aimee’s case relates to her being transgender.

Donald died back in 2014, but his partner has spoken about the importance of the case needing to be won, and dismissed arguments Title VII didn’t protect Donald’s rights.

“It’s infuriating and painful that we are still having this debate in 2019, yet here we are,” he said. “And the stakes could not be higher.”

“The case revolves around Title VII of the 1964 Civil Rights Act, which prohibits employment discrimination on the basis of ‘race, color, religion, sex and national origin.’

“Altitude Express — and the Trump administration, which has submitted a brief to the Supreme Court — is arguing that firing Don because of his sexual orientation wasn’t related to his sex and therefore should be legal under Title VII.