Volunteering for Just Like Us gave me confidence in my identity as a young, gay, mixed race Muslim 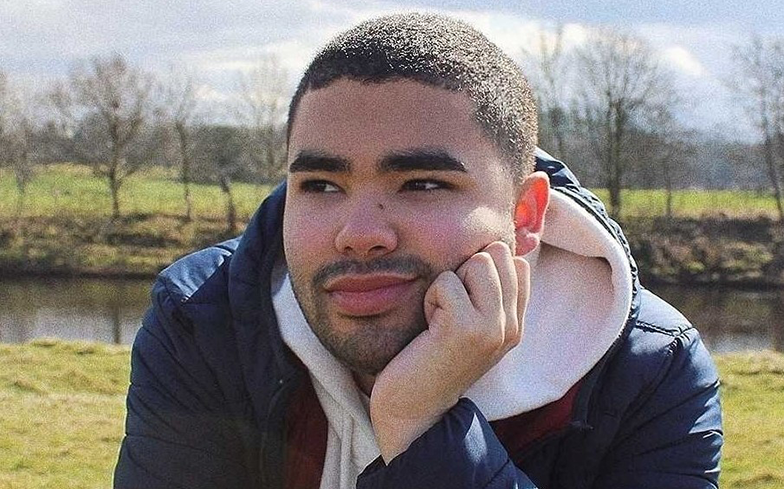 To feel seen is to feel less alone.

In Salford, Greater Manchester, in the early 2000s, growing up gay, mixed race and Muslim often felt like growing up invisible. I seldom saw anyone like me, and on the rare occasion that I did, they were hiding from themselves, or being condemned for showing the world who they were. The charity Just Like Us is working to change that.

With an increasingly diverse cohort of 18 – 25 year old LGBTQ Ambassadors telling their stories in schools across the country, Just Like Us is making sure that young people – of every gender identity, race, religion, and sexual orientation – feel seen, understood, and ultimately, less alone.

Both Just Like Us and GAY TIMES value the voices and experiences of LGBTQ young people from all backgrounds. In this series of monthly articles written by Just Like Us Ambassadors like myself, GAY TIMES readers will be introduced to stories from those growing up LGBTQ in a vastly changing UK.

I’ve had a difficult relationship with the word ‘gay’. The first time I heard it, it was used as an insult – thrown around as a casual playground put-down. When I started secondary school, I didn’t know what ‘gay’ was, or what ‘LGBTQ’ meant, but from my first day and every day for the next five years, people made fun of me because they suspected I was. Negative media representation was no help either. A three-year soap opera storyline of family turmoil, shattered marriages and religious controversy told me that being gay, Muslim and happy wasn’t an option. It left me afraid. I thought that my feelings were unnatural, that I would disappoint my family, and that my friends wouldn’t like me anymore. So, my battle with internalised homophobia began.

For so many young people, school is a place where differences are treated as targets. Feeling the need to ‘fit in’ creates an environment where truly being yourself is stifled by fear. When I was at school, I hid so much of myself away just to make it through. I picked up on things that others didn’t think were ‘right’ about me and I started to police myself. I tried to change how I walked, talked, my interests. I did everything to not give someone a reason to call me ‘gay’, and that constant fear of being me took its toll. I don’t remember one person questioning why ‘gay’ was synonymous with bad, or why ‘gay’ was the worst thing someone could be. I don’t remember anyone having a positive discussion with anyone else about anything LGBTQ.

Perhaps unsurprisingly, a recent study conducted by Just Like Us found that 85% of LGBTQ young people have suffered with anxiety or depression. Myself and so many others know the harsh reality of this. If I’d had an education that challenged the LGBTQ-phobia that so many of us experience and opened up a positive discussion about how we can make sure everyone feels safe and included in a school environment, I would have accepted myself so much sooner than I did. I was lucky though. Many LGBTQ young people don’t make it through.

That’s exactly why I signed up to volunteer with Just Like Us. As a LGBTQ Ambassador, I’ve had the privilege of delivering workshops to almost 1,000 young people in Greater Manchester, to talk about my experiences of growing up LGBTQ. People from all backgrounds have listened, discussed, and asked questions about how we can make schools more inclusive for all. It fills me with pride to be able to use my experiences and the lessons I’ve learned to potentially help others going through the same thing.

Through my work with Just Like Us, I’ve had the opportunity to speak in Parliament at the launch of School Diversity Week, a Just Like Us initiative in which schools and colleges up and down the country celebrate LGBTQ equality and diversity for a week. Last year over 1.4 million young people in schools across the UK took part. This year, School Diversity Week is taking place from the 22-26 June and we hope that you as readers of GAY TIMES will reach out to your old (or current) school to make sure they are involved.

School Diversity Week has a huge impact on not only the LGBTQ pupils, but also on their straight, cisgender peers and their educators too. After my speech, I was encouraged to get in contact with my old school to arrange a visit. It finally felt like the right time. So I did.

I went back to my old secondary school in Salford last November. I delivered a full day of workshops for the 12 to 13 year old Year 8s. To say I was anxious would have been the biggest understatement, but it was honestly the most brilliant experience I’ve had in a school. The kids and teachers were equally engaged throughout and asked some great questions. We talked about LGBTQ-phobia and mental health, choosing how and when to come out, and why LGBTQ Pride is still so vital today. It really felt like everything had built up to that moment. It was a powerful contrast to the years I’d spent there hiding who I was.

Working with Just Like Us gives me a deep sense of purpose. I now feel more confident in my identity as an LGBTQ young person, and I’m able to use my voice to stand up for what I believe in. This February, at the Just Like Us Role Model Awards 2020, I was awarded with ‘Ambassador of the Year’ for my hard work and dedication in helping students who may be struggling with their gender identity or sexual orientation. If you’d have told me at the start of secondary school that I’d be accepting an award for being myself, and helping others be themselves, I wouldn’t have believed you. To be finding so much joy in something that at one time caused me so much pain means the world to me.

Times may have changed, but the fight is far from over. In the past six months, I’ve seen an unsettling amount of transphobic content online. Fuelled by ignorance and an unwillingness to learn, people – including those within the LGBTQ community and those who would consider themselves ‘allies’ to our community – have been using social media to mock, gaslight, and berate those who are just trying to live their lives. More than ever, we need to stand by our trans siblings in the face of such hate. We need to continue making room for, and listening to the voices of trans and non-binary people, LGBTQ people of colour, LGBTQ people with disabilities, LGBTQ people of faith, and anyone who doesn’t fit into a neatly defined category or label. At a time with such heavy discussion around mental health and how we treat each other in online spaces, I urge people to stretch their sympathies beyond those whose lives reflect their own. We all deserve to live our lives to the fullest.

One thing you can do right now to make life that little bit better for a LGBTQ young person, is to reach out to your old (or current) school and ask them to take part in School Diversity Week 2020. To find out how, go to www.justlikeus.org/sdw and scroll down to the ‘Urge Your School’ Campaign section.