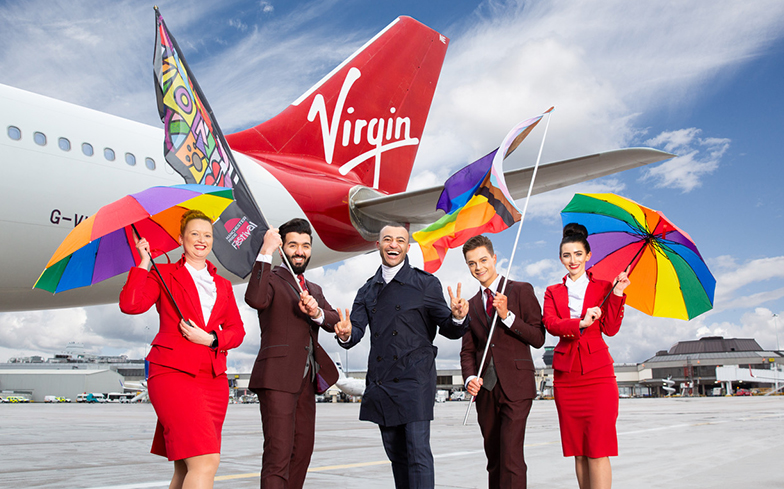 Virgin are flying the flag in Manchester with Pride.

Virgin Atlantic and Virgin Holidays have announced a three year partnership to be headline sponsor of Manchester Pride Festival, one of the UK’s biggest celebrations of LGBTQ people and culture.

Mark Fletcher, chief executive for Manchester Pride, said: “I am honoured for us to be partnering with an organisation that is so committed to placing diversity and equality at the heart of everything it does.

“When brands like Virgin Atlantic and Virgin Holidays are able to carry a message across the globe in support of LGBTQ+ people it is extremely powerful and I am confident that we will work together over the next three years to drive real change both here in Manchester and around the world.”

Juha Jarvinen, Chief Commercial Officer at Virgin Atlantic commented: “Virgin Atlantic and Virgin Holidays have long been staunch supporters of LGBTQ+ rights and we strongly believe in making our business as inclusive and welcoming as possible.

“We are absolutely thrilled to be the headline sponsor of the Manchester Pride Festival, at our home in the North. I am really looking forward to working with Mark and his team to use the influential power of our brand, our international footprint and our incredible people to fight for change across the world.”

Last year, Manchester Pride Festival welcomed artists including Ariana Grande, Years and Years, Kim Petras and Cheryl Cole to the UK city, and put on a series of events catered to the LGBTQ community.