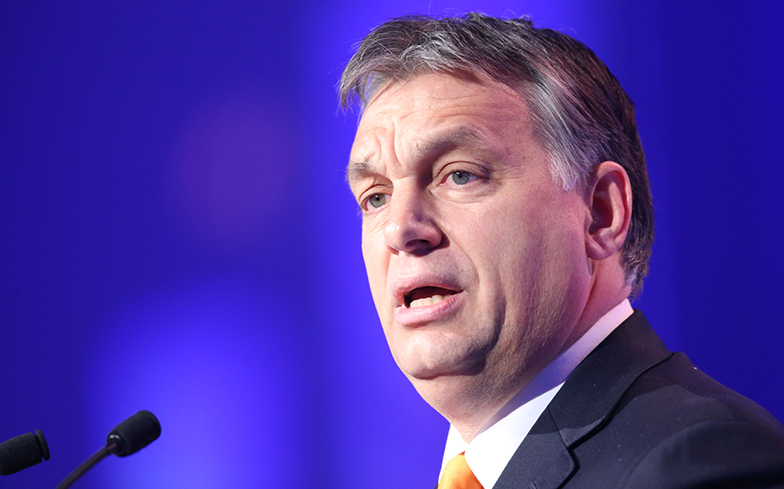 Viktor Orbán hit out at “rainbow families” during the speech and praised Poland’s approach.

In a speech inaugurating a monument to commemorate the Treaty of Trianon, the treaty that formally ended World War I, Hungary’s president Viktor Orbán used the occasion to attack “rainbow families.”

He also targeted immigration and atheism in his remarks, saying: “Western Europe had given up on … a Christian Europe, and instead experiments with a godless cosmos, rainbow families, migration and open societies.”

He said that the monument would serve as a call to other central European countries to strengthen their alliances and rally around the Polish “flagship.”

It is slightly unclear what exactly Orbán means when he highlights Poland as a “flagship”, but given that the country has a very similar anti-LGBTQ+ stance to Hungary, it could easily be referring to this.

Earlier this year, after gaining new powers from the Hungarian parliament to fight against the coronavirus pandemic, Orbán immediately used them to attack trans rights, as he brought in a bill that made it illegal for trans people to change their legal gender. The law passed by 134 votes to 56.

“This decision pushes Hungary back towards the dark ages and tramples the rights of transgender and intersex people,” said Krisztina Tamás-Sáróy, Amnesty International’s Europe Researcher.

“It will not only expose them to further discrimination but will also deepen an already intolerant and hostile environment faced by the LGBTI community.

Meanwhile, just last week, a former MP in the Hungarian parliament was arrested after he tore down a Pride flag and threw it in a bin. A video of the incident was filmed by the far-right group, Our Homeland Movement, which the former MP is the vice-president for.

Hungary also pulled out of Eurovision Song Competition, with speculation believing that is due to the competition being viewed as “too gay.” Andras Bencik, TV commentator and editor of a pro-government magazine, called Eurovision a “homosexual flotilla” and suggested that the country’s mental health would be improved by bowing out of the competition.

They also banned a Coca-Cola advert which featured same-sex couples, claiming that they were “detrimental” to the mental development of children.

Hungary’s main ally, Poland, is also experiencing a massive wave of homophobia at the moment, enabled by its President, Andrzej Duda, who made opposition to LGBTQ+ rights a key plank of his re-election campaign. This has led to many queer people fleeing the country for their safety.