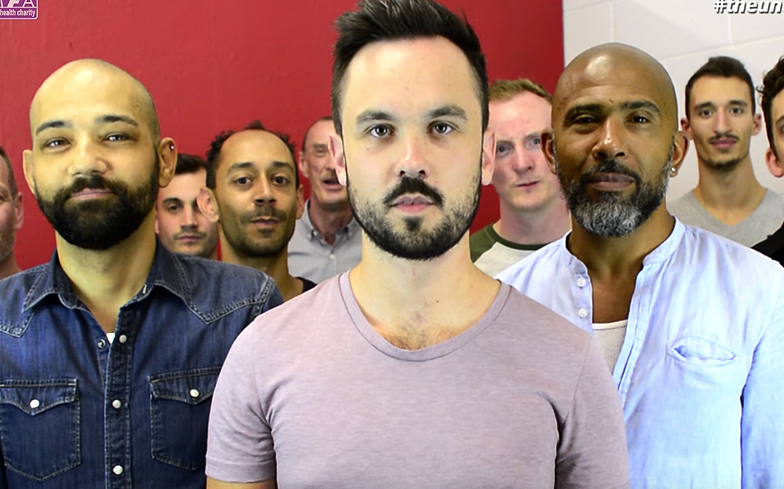 The Undetectables aims to educate HIV-negative people about what it means to have an undetectable viral load, and break down the stigma that surrounds their status.

The video hears the men speak about how they became undetectable, as well as explaining what it means. Essentially the tagline says it all: “You can’t get HIV from me.”

“2017 has been the year that many organisations across the world finally started to confirm that U=U (Undetectable equals Untransmittable),” said GMFA’s CEO Ian Howley.

“We’ve seen major campaigns talking about how people living with HIV and on effective treatment cannot pass on the virus. And this has been wonderful. But many gay and bisexual men are not hearing this message, and if they are, it’s not sticking.

“We are also seeing many gay and bisexual men who still don’t quite believe the science behind U=U. And this for us is an issue.”

He added: “This is why we created the video. We wanted to use real people, who are living with HIV and are undetectable, to break down step-by-step what exactly being HIV-undetectable is in today’s world.

“The men who spoke openly and honestly about living with the virus, simply stated: ‘You can’t get HIV from me.’

“GMFA are calling on all HIV-negative men to listen to this powerful message. Only by increasing our knowledge of HIV and how it’s transmitted, can we really make an effort to stop HIV stigma in our community.

“Someone’s unfounded fear might just be stopping them from being with someone truly amazing.”

The Undetectables campaign also includes a series of factsheets to help gay men living with HIV to disclose their status with close family and friends, as well as employers, partners, and one night stands.

GMFA was the recipient of the London Lighthouse Gay Times Honour: The Fight Against HIV/Aids this past weekend.

The organisation played, and continues to play, a vital role in the education and support of gay and bi men taking control of their sexual health while promoting the fullest expression of their sexuality.

They were announced as the winners at a special Gay Times Honours exhibition, which took place at the National Portrait Gallery in London.