Victims sprayed with ‘corrosive substance’ in homophobic attacks in London 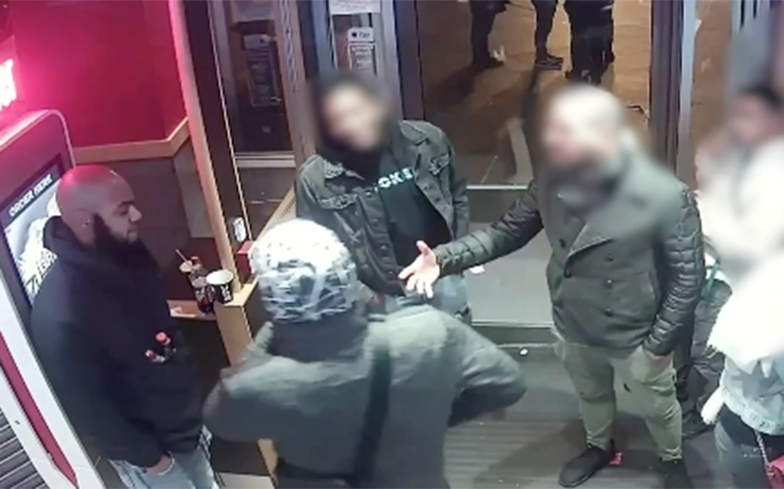 Four people were attacked with a “corrosive substance” in homophobic attacks in London.

The two incidents took place on 19 January this year, the first inside a KFC restaurant on Brixton Road around 4am, and the second at a nearby bus stop around 20 minutes later.

The victims were sprayed with a corrosive substance that’s believed to be pepper spray. Detectives are treating the “unprovoked and targeted” attacks as linked.

“A corrosive spray was used on two male victims. The second attack happened just 20 minutes later at a bus stop close to the KFC where the CCTV footage was taken,” the Metropolitan Police said in a statement.

“The two 22-year-old victims told police at the scene that they had been sprayed by an unknown noxious substance, thought to be a type of pepper spray, in what appears to be a hate crime attack.”

As part of a renewed appeal for witnesses, police have released CCTV footage from KFC which shows five men they would like to speak to.

Detectives from the South Area Command Unit are also appealing for both victims of the first attack to make themselves known to police to give their account of the incident and assist with enquiries.

“This was a completely unprovoked and targeted attack on at least two members of the public, with a further two victims not yet in contact with police,” said Detective Constable Amy Cross, lead investigator on the case.

“Both the attack and the homophobic motivation of this assault are abhorrent, and I appeal to anyone with any information that could assist the investigation to come forward.”

Anyone with information is asked to conduct Lambeth CID by dialling 101 and quoting reference CAD 1206/19JAN19.