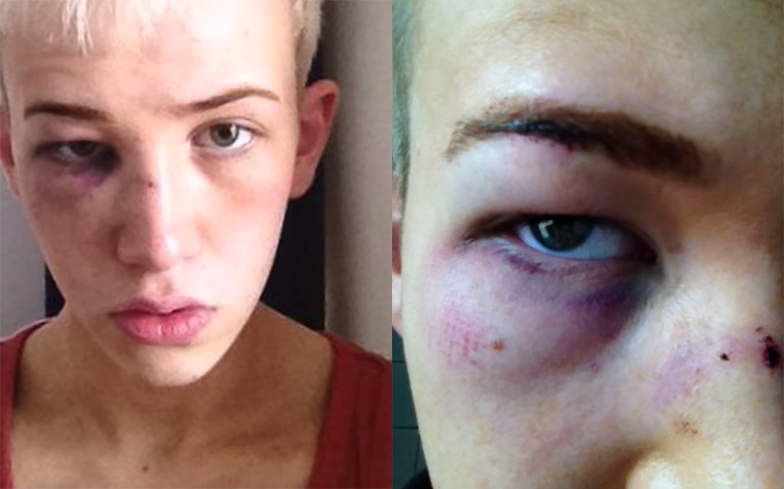 “I am disgusted with the police, they are not doing enough.”

Victims of two brutal homophobic attacks have hit out at Warwickshire authorities for “not doing enough” to combat anti-LGBTQ crimes.

Bradley Hunt, who competed on X Factor back in 2016 as part of the duo Brattavio, was left with broken teeth, a black eye, and damage to his nose, cheekbone and forehead after being approached by three homophobic men.

The attack took place earlier this year in a PopWorld nightclub in Leamington when the 25-year-old was dancing to a Britney Spears song. One of the men took issue with Bradley’s dancing and asked him, “Can you stop dancing like that?”

Shortly after the accident occurred back in February, Bradley uploaded an emotional video where he recalled the events, and said all three men started “ricocheting, punching and thumping” him.

In order to ‘combat’ future homophobic attacks, the police gave him a panic alarm.

21-year-old Tristan Gillet, a shopkeeper from Kenilworth, was also left with a broken nose and two black eyes after being viciously beaten in Kenilworth’s Abbey Fields. He was hospitalised after the attack, and two men are currently in custody.

In a recent interview with Coventry Observer, Gillet spoke out about his dissatisfaction with the police’s protocol, saying their advice was “less than helpful”.

“I am disgusted with the police, they are not doing enough,” he said. “All they said to me was I should not go out of the house alone. I have been attacked before and they did nothing.”

Superintendent Mike Smith told the publication that Warwickshire is a “diverse place to life and the majority of people embrace this diversity,” adding: “We are committed to playing our part in ensuring the country is a safe place to live.”

Smith continued: “There are a small number who victimise people because of who they are – this is wrong and we are committed to addressing it.

“It is disappointing the victims in these incidents felt they did not receive the high standard of service we aim for and we would welcome the opportunity to talk to them about their experience and address their concerns.

“Like the rest of the country, recorded hate crimes have gone up in Warwickshire in recent years. We have done a huge amount of work to give victims the confidence to come forward.

“We welcome the increase in reporting but we are aware that behind each of these offences there is someone being targeted because of who they are. We will take action against anyone who thinks this is acceptable behaviour.”

Related: Lesbian couple violently attacked after refusing to kiss for group of men.