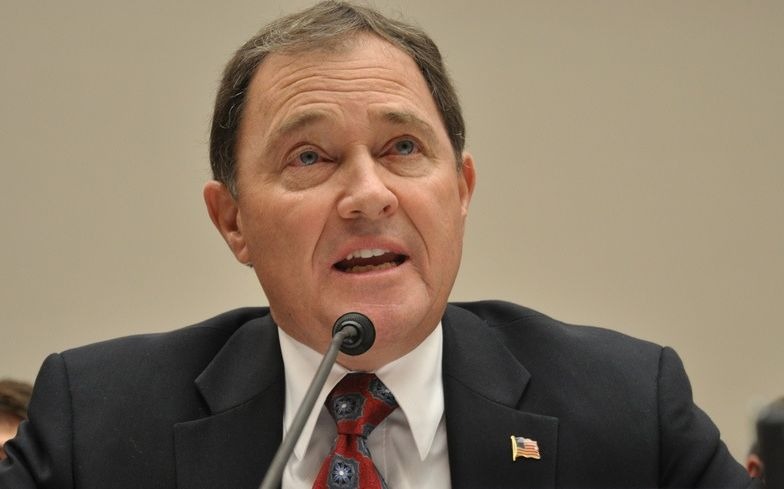 Gary Herbert, the governor of Utah, has issued an apology to a group of LGBTQ activists who organised a sit-in protest outside of his office. The group were protesting after Republican politicians successfully blocked a bill aiming to ban gay ‘cure’ therapy in the state.

Herbert had backed the bill, but Republicans successfully amended it to only outlaw therapies “that cause nausea, vomiting, or other unpleasant physical sensations,” and also involved “electric shock or other electrical therapy.”

However, the amended bill meant that gay ‘cure’ therapies could operate, so long as they didn’t promise to “permanently change” someone’s sexual orientation, and people who were transgender were excluded from the bill.

In a hand-written apology, delivered by Herbert’s lieutenant-governor, Spencer Cox, Herbert said: “My intention was never to harm you. We have had an enormous misunderstanding, and I am sorry.

“I realise there is much I do not understand about the issues that LGBTQ youth face every day. I also believe you deserve to be heard. You deserve our help. And you deserve a future where you can feel safe, welcome, and loved in our state.”

However, despite the apology Herbert faced a couple of walk outs over the bill’s failure to pass. Troy Williams, from Equality Utah, who has part of Herbert’s suicide prevention task force resigned from his post, as did Taryn Hiatt from the Utah chapter of the American Foundation for Suicide Prevention.

In his resignation letter, Williams wrote: “It is clear you are not interested in the plight of LGBT+ youth… I will not be window dressing to provide the task force cover.”