US Senate finally condemns the anti-gay purge in Chechnya 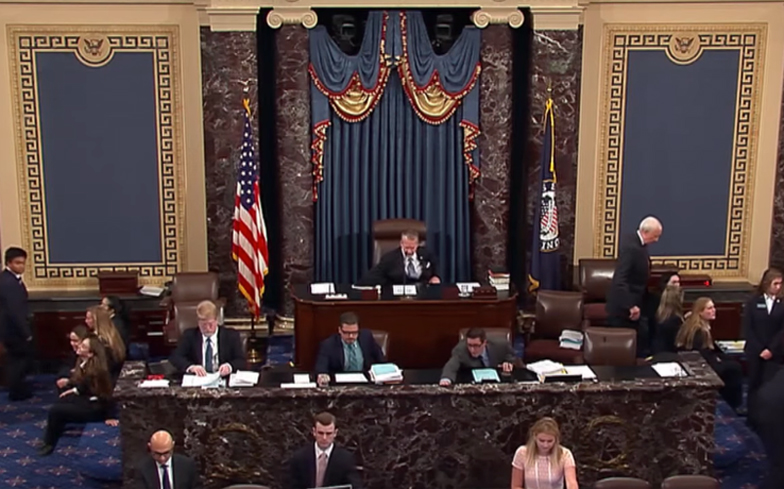 Gay Times first reported on the anti-LGBT crackdown in Chechnya way back at the start of April, but it has taken the US Senate seven months to condemn the brutal purge that is still continuing today.

The Senate have passed a bipartisan resolution condemning the anti-gay persecution in the Russian republic, which is believed to have involved hundreds of victims.

“The Senate condemns the violence and persecution in Chechnya and calls on Chechen officials to immediately cease the abduction, detention, and torture of individuals on the basis of their actual or suspected sexual orientation, and hold accountable all those involved in perpetrating such abuses,” reads the resolution.

It adds that the US government should “continue to condemn the violence and persecution in Chechnya, demand the release of individuals wrongfully detained, and identify those individuals whose involvement in this violence qualifies for the imposition of sanctions.”

It comes a week after it was reported that Russian singer Zelimkhan Bakaev is believed to have been murdered by authorities in Chechnya as part of their crackdown on LGBT+ people.

The singer was last seen in the region capital city Grozny on 8 August. He had flown in from Moscow to attend his sister’s wedding.

His family have said that they haven’t heard from him since, and have been unable to locate his whereabouts.

Human Rights First also tweeted back in August of their concern that Bakaev had been detained by Grozny security forces.

However, a source has now told NewNowNext that the 26-year-old was tortured to death within hours of landing in Chechnya back in August. Meanwhile, a victim of Chechnya’s anti-gay purge, Maxim Lapunov, described being beaten by police in a blood-soaked cell, where he was detained for 12 days on suspicion of being gay.

Germany, Lithuania and the Netherlands have also granted asylum to Chechen people on humanitarian grounds.