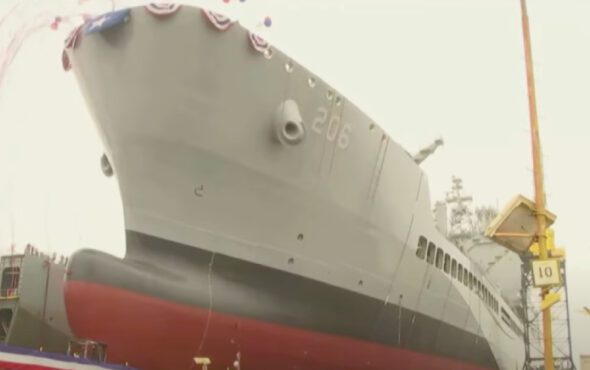 The unveiling ceremony for the USNS Harvey Milk was held in San Diego, California on Saturday (6 November).

To keep with tradition, the ship was christened by breaking a bottle of sparkling wine – which was done by Navy veteran and Clinical Program Director of the Johns Hopkins Center for Transgender Health, Paula Neira.

San Diego’s openly gay mayor Todd Gloria gave a heartfelt statement at the ceremony, stating: “Harvey was a beacon of hope not just for LGBT+ people, but all Americans. Now, this ship will serve as a symbol of hope for the world to see.”

Before becoming one of the most notable LGBTQ+ activists in history, Milk served as a diving officer and Navy Lieutenant during the Korean War.

His time in the service was cut short in 1955 when he was discharged due to his sexuality.

Even though he was dismissed from his duties, that didn’t stop Milk from creating an influential career within the political sphere.

The ceremony also featured an inspirational speech from the Secretary of the Navy Carlos Del Toro, who praised Milk’s legacy and the other LGBTQ+ service members with the branch.

Truly honored to join @SecNav and so many federal, state, and local leaders for the christening of the USNS Harvey Milk. Harvey was a beacon of hope not just for LGBTQ people, but all Americans. Now, this ship will serve as a symbol of hope for the world to see. #ForAllofUs pic.twitter.com/QmfSDOkPfp 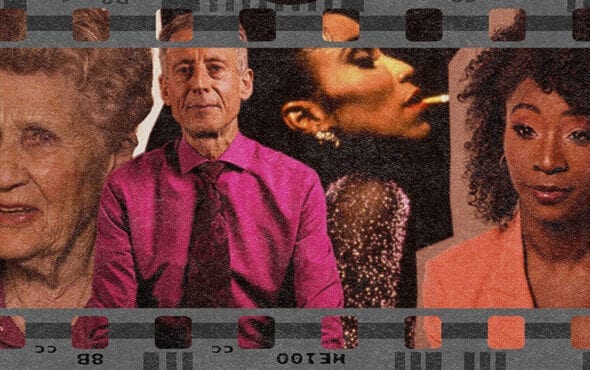 “For far too long, sailors like Lt. Milk were forced into the shadows or, worse yet, forced out of our beloved Navy,” he said.

“That injustice is part of our Navy history, but so is the perseverance of all who continue to serve in the face of injustice.

“The secretary of the Navy needed to be here today, not just to amend the wrongs of the past, but to give inspiration to all of our LGBTQ community leaders who served in the Navy, in uniform today and in the civilian workforce as well too, and to tell them that we’re committed to them in the future.”

Milk’s nephew Stuart echoed similar sentiments to Del Toro and said that his uncle had a “less than honourable discharge”.

“Today, we are celebrating something much bigger than tolerance… [The] Navy not only recognizes, but honours those [other LGBTQ service members]… so this Navy ship sends an important message to the world,” he said.

The news surrounding a Harvey Milk-dedicated ship was first announced by the Obama administration in 2016.

Construction on the ship officially began at the end of 2019 and was laid down in September of this year.

The USNS Harvey Milk is the second ship in the John Lewis fleet class.

Other vessels that are set to be included in the fleet are also expected to be named after legendary civil rights activists including Sojourner Truth, Lucy Stone, Supreme Court Justice Earl Warren and more.